Transforming the landscape of modern dance since 1954

Dancemaker Paul Taylor (1930-2018) first presented his choreography with five other dancers in Manhattan on May 30, 1954.  That modest performance marked the beginning of a profound, uninterrupted creative output that shaped the future of American modern dance and continues to this day.

Since those early days, Paul Taylor Dance Company has traveled the globe many times over, bringing Mr. Taylor’s astounding repertoire to theaters and venues of every size and description in cultural capitals, on college campuses, and in rural communities – often to places modern dance had never been seen before.  Our reputation grows year after year, fueled by these unique attributes: 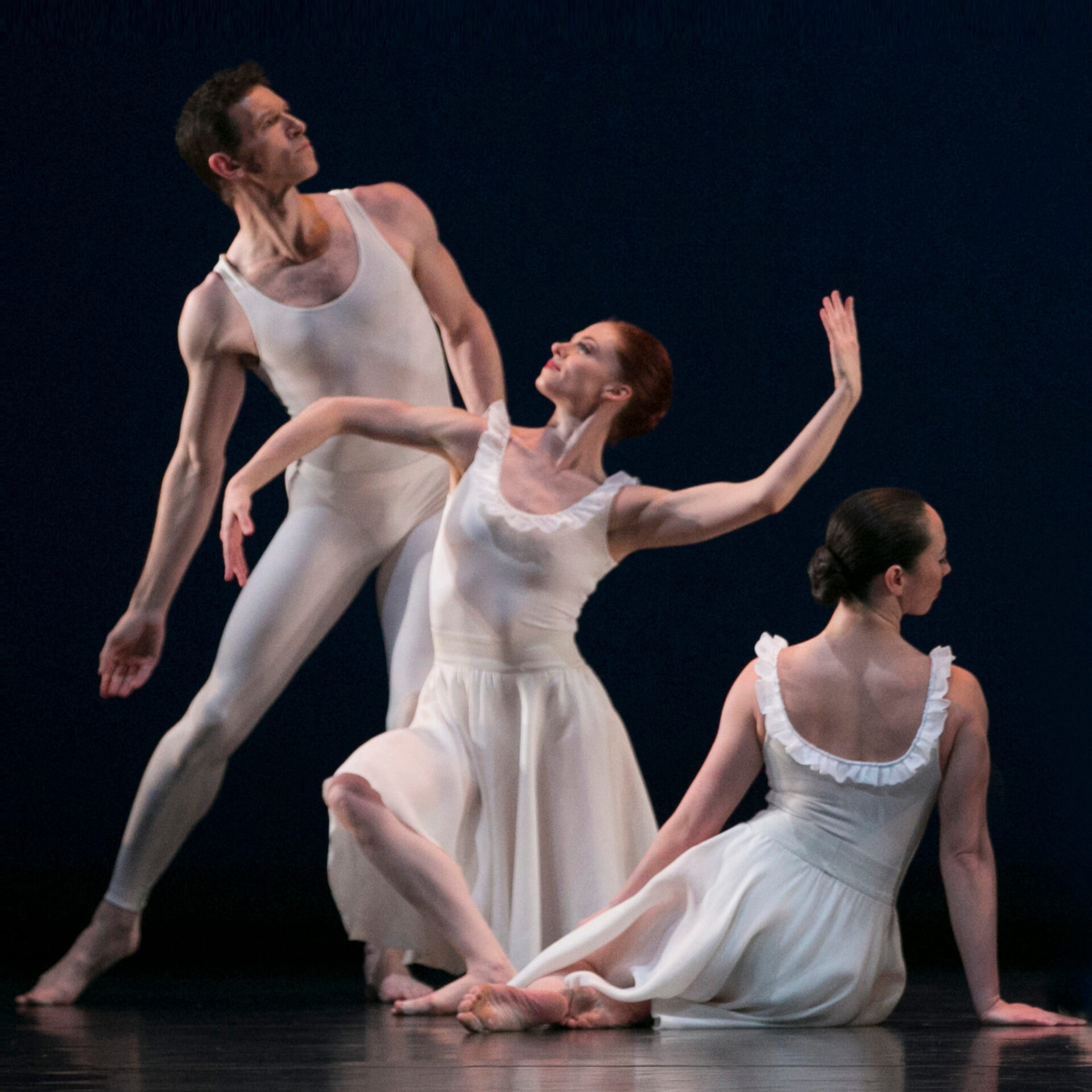 In amassing a choreographic oeuvre spanning over 60 years, Paul Taylor’s 147 dances stand as testament to his devotion to modern dance’s most beloved and prolific artists and to his genius as a dance maker. He had a special relationship with those he chose to dance for his Company and created work that, though deeply rooted in his own history and collaboration with other modern dance pioneers (Louis Horst, José Limón, Martha Graham, Merce Cunningham), consistently pushed the boundaries of modern dance. His love of painting, poetry, and nature provided a rich palette for exploring the human condition, and he used each to demonstrate and depict its dark and light elements in transcendent ways. His works continue to move audiences to this day, lending them new perspective on the joy, pain, humor and tragedy that bind us together.

Critics and audiences are drawn to and astounded by his relationship to music of all genres, ranging, from classical and early jazz to original abstract scores and popular music. Yet, it is was his unique mastery of classical music, particularly of baroque composers, that resonated most powerfully within his repertory. His breakthrough Aureole (1962), which he created and set to Handel, established a singular voice that married the freedom and abstraction of modern movement to classical music. This marriage of modern dance and  classical music by composers from Bach to Stravinsky continued to be amplified over decades in masterworks like Esplanade (1975), Images and Dust (1977), Airs (1978), Le Sacre du Printemps (The Rehearsal) (1980), Arden Court (1981), Mercuric Tidings (1982), Sunset (1983), Roses (1985), A Musical Offering (1986), Eventide (1997), Promethean Fire (2002), and Beloved Renegade (2008).

The repertoire also provides snapshots of the evolution of the Taylor Family. Rich, productive collaborations with artists including Robert Rauschenberg, Alex Katz, Jennifer Tipton, and Santo Loquasto yielded compelling work as well as lasting relationships that intertwine with the tenures and careers of some of modern dance’s most beloved and prolific dancers, including Pina Bausch, Twyla Tharp, Christopher Gillis, David Parsons, and guest artists like Rudolph Nureyev, Mikhail Baryshnikov, and Misty Copeland.

From the outset, Paul Taylor viewed himself as a New York artist, and performing in his creative hometown has remained a tradition and priority.  In addition to pioneering performances at the  92nd Street Y and numerous Broadway houses, the Company made its home for decades at New York City Center.  In 2012, Mr. Taylor moved the Company’s annual New York City season to Lincoln Center for the Performing Arts, one of the world’s greatest cultural centers. The first modern dance company to call Lincoln Center home, it attracted larger audiences and critical acclaim. In 2014, Mr.  Taylor announced his vision for Paul Taylor American Modern Dance, a season featuring his dances alongside historic masterworks and new commissions by choreographers invited to work with the Company.  An integral element of Paul Taylor American Modern Dance is the partnership with the Orchestra of St Luke’s which provides live musical accompaniment whenever so intended by the choreographer. 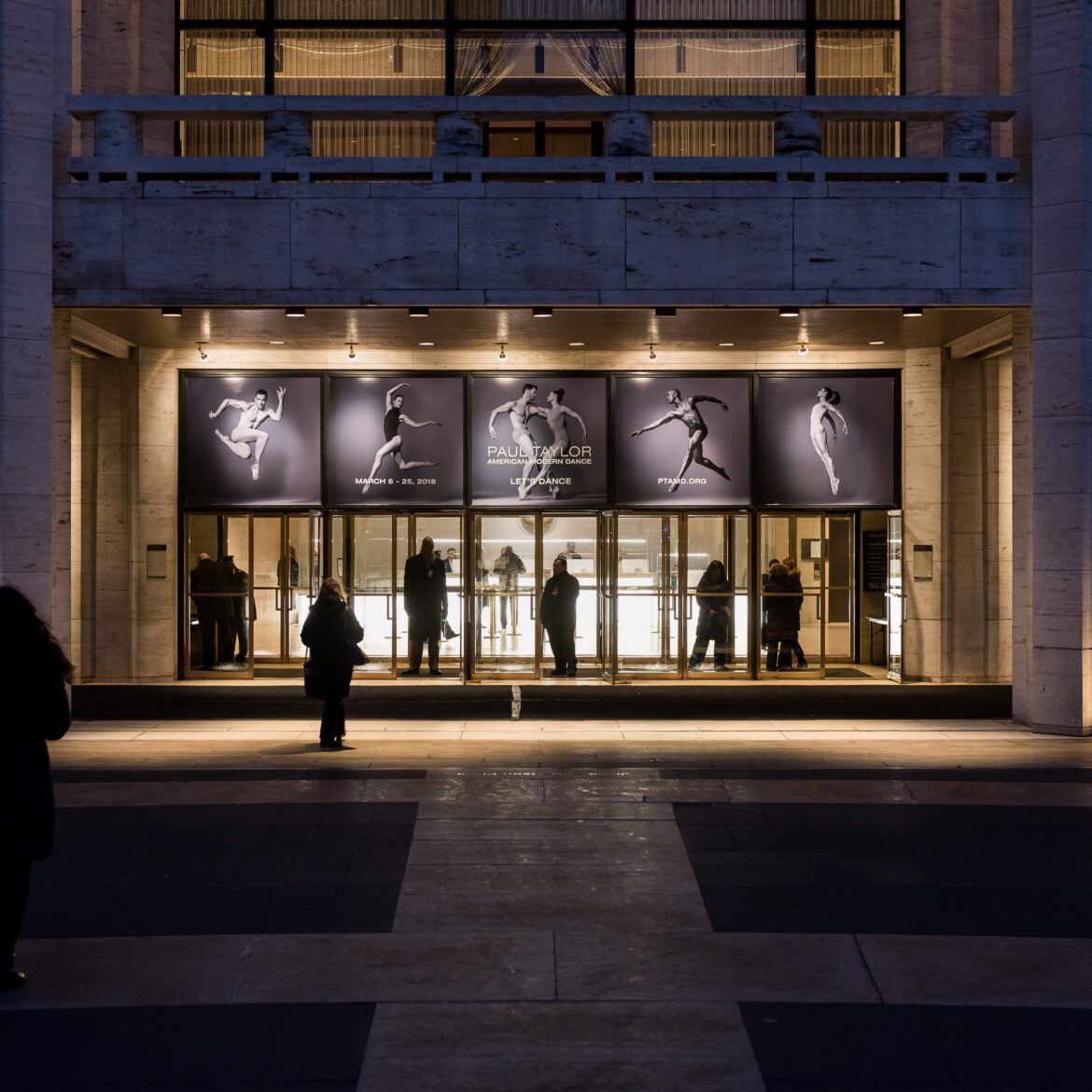 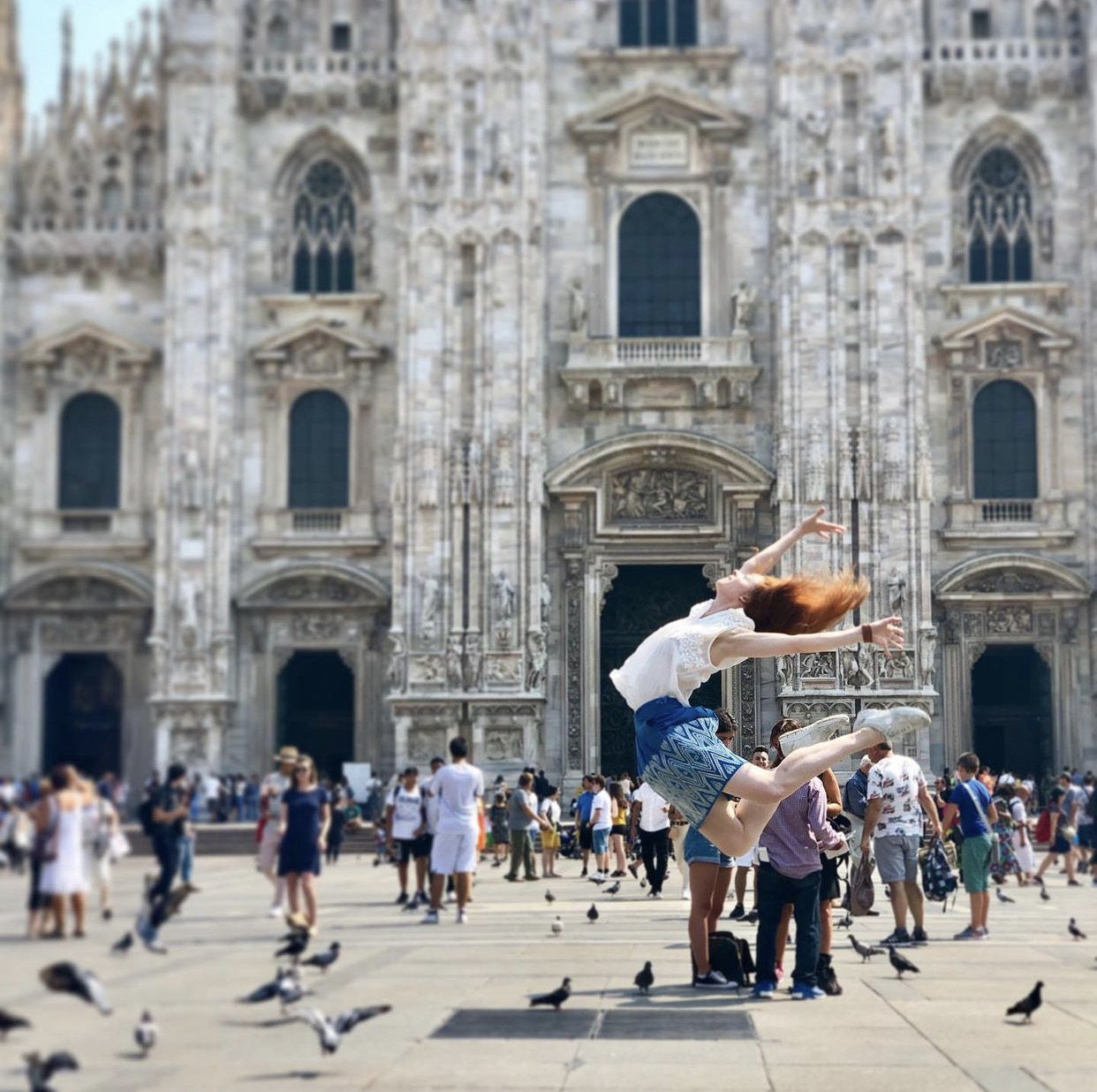 Since its first European tour in 1960, the Paul Taylor Dance Company has performed in more than 520 cities in 64 countries, representing the United States at arts festivals in more than 40 countries and touring extensively under the aegis of the U.S. Department of State. Dedicated to sharing modern dance with the broadest possible audience, the Company tours annually, both domestic and internationally, with performances, educational programs, and engagement offerings that continue to grow our reputation as one of America’s leading dance ensembles. Recent international tours have brought the Company to Argentina, Brazil, Chile, China, Ecuador, Germany, Italy, Oman, Peru, Switzerland, Taiwan, and Turkey, as well as scores of cities within the United States. Our worldwide performance calendar is updated regularly, as well as details on how you are able to book the company.

“Paul Taylor’s work should belong to the world, so we begin with the children.” —Carolyn Adams, Director of Education

For nearly forty years, the Taylor School has served as an essential facet of our mission to share Mr. Taylor’s repertory with the world. Through masterclasses, workshops, residencies, and licensing, our Company reaches students across hundreds of cities and scores of countries. In New York City, the Taylor School has been the training ground for the next generation of Taylor dancers for nearly four decades, and, in 2011, the School expanded its offerings by launching both an extensive youth program and establishing relationships with the NYC Department of Education. Through our groundbreaking Arnhold Tier 3 program, we have brought thousands of students in the NYC public school system to modern dance performances. 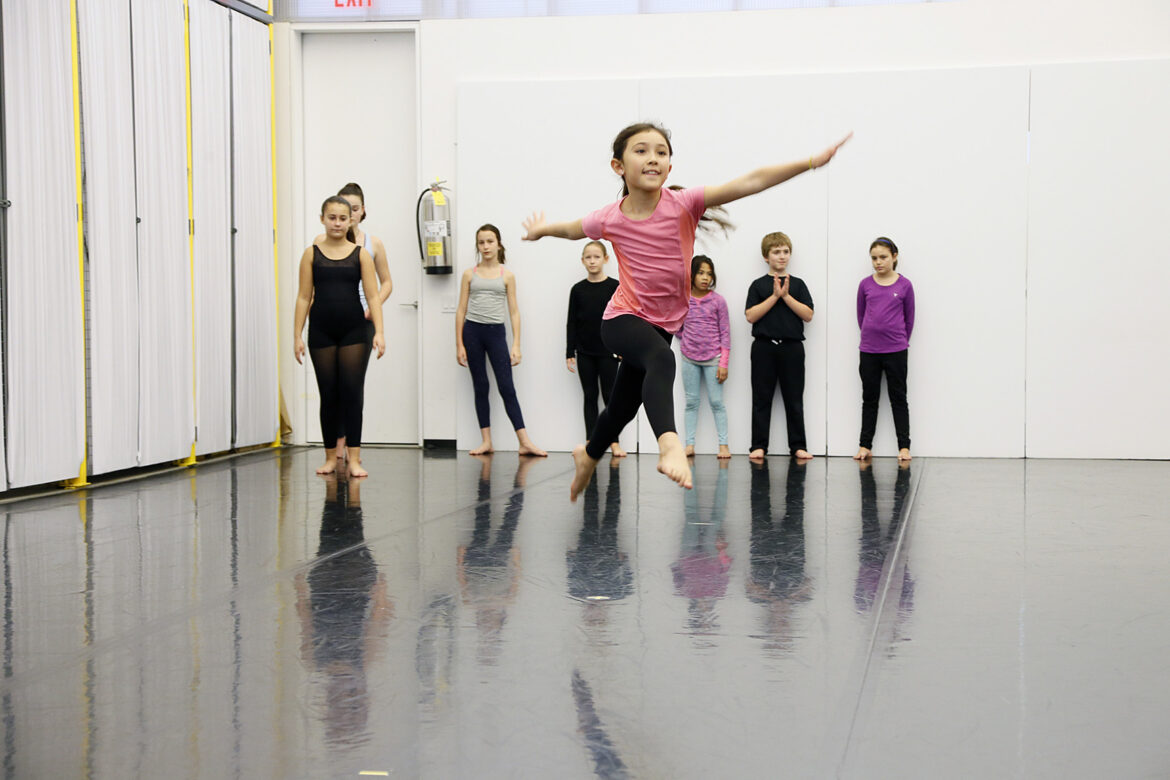 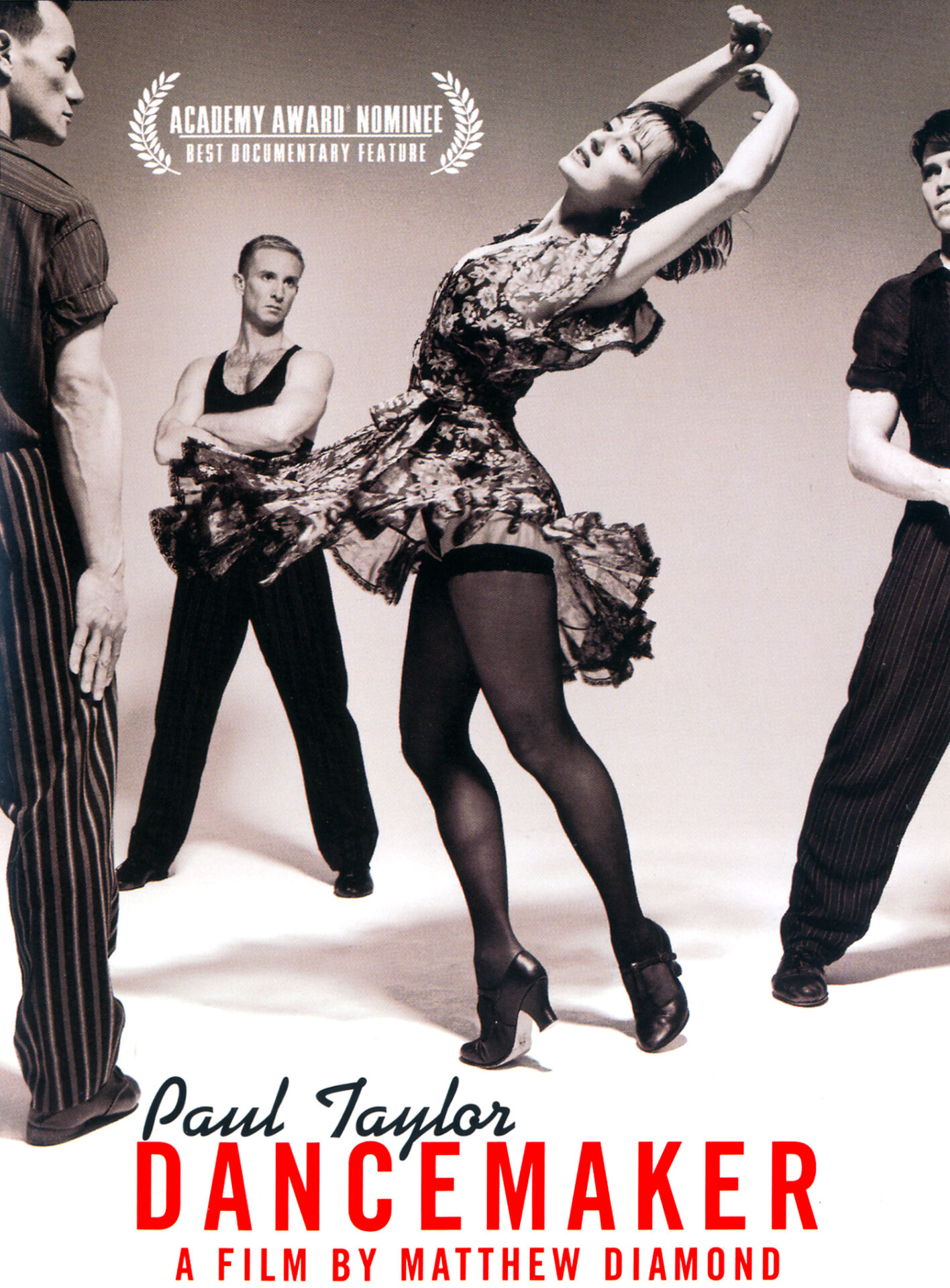 From Stage to Screen

Beginning with its first television appearance on PBS for the “Dance in America” series in 1978, the Paul Taylor Dance Company has since appeared on PBS in ten different programs, including the 1992 Emmy Award-winning “Speaking in Tongues” and the 1997 Emmy-award nominated “The Wrecker’s Ball”. In 1999, the PBS “American Masters” series aired “Dancemaker”, the Academy Award-nominated documentary about Mr. Taylor and his Company.  In 2013, PBS aired “Paul Taylor Dance Company in Paris”, featuring the dances Brandenburgs and Beloved Renegade.  The 2014 documentary “Paul Taylor: Creative Domain” won critical and public acclaim for its revelation of Mr. Taylor’s creative process, as it followed the famously private choreographer and his Company through the creation of a new work from initial concept to opening night.