From the beginning, Paul Taylor viewed himself as a New York artist, and performing in his creative hometown has remained a tradition and priority for our Foundation.  In addition to pioneering performances at the 92nd Street Y and numerous Broadway houses, the Company made its home for decades at New York City Center, and now at Lincoln Center for the Performing Arts, one of the world’s greatest cultural centers. Our New York Seasons are the most dynamic and inclusive performance experiences we offer all year. Here’s what’s next.

We are thrilled to announce that the Taylor Company will perform a special engagement at the NY City Center theater in Spring 2022 as part of the new annual City Center Dance Festival!

GET YOUR TICKETS NOW!

As we get closer to the festival, we look forward to sending periodic reminders and more ticketing information. 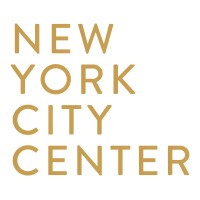 This March 2022 engagement will mark the first indoor performances by the Paul Taylor Dance Company in our hometown of NYC since the beginning of the COVID-19 pandemic.
We hope to see you there!

For more information on this program email Amanda Stevenson at as@ptdc.org.

We thank you for your ongoing support during this recovery.

To make a donation to fuel our future please DONATE today or email Jenna Jacobs, jj@ptdc.org for more information.