“No modern choreographer is as versatile, witty, menacing and physically joyful as Paul Taylor.”
-THE WASHINGTON POST 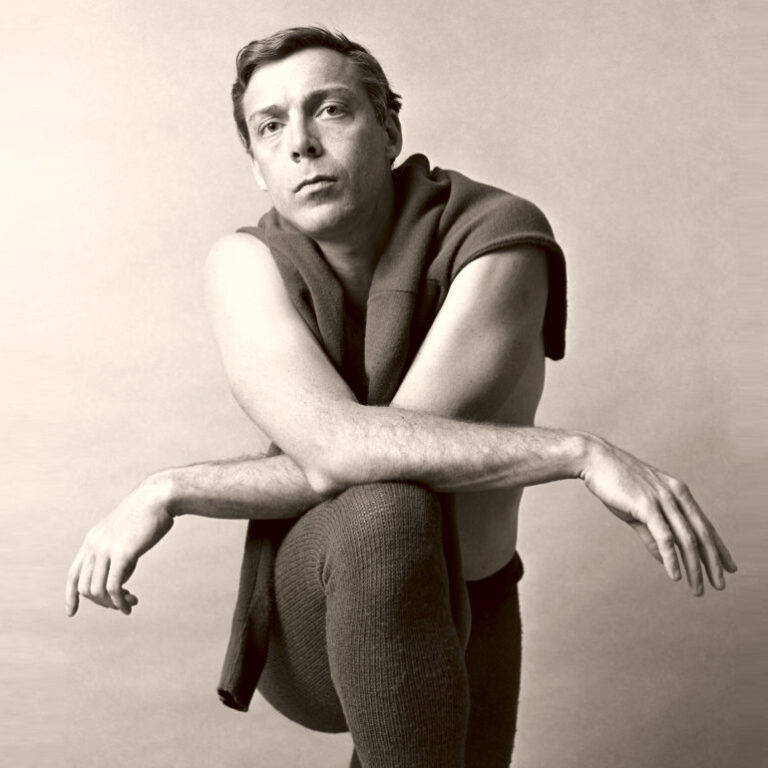 Paul Taylor is one of the most accomplished artists this nation has ever produced and helped shape and define America’s homegrown art of modern dance from the earliest days of his career as a choreographer in 1954 until his death in 2018.

“It stands for life… dancing.”

Having performed with Martha Graham’s company for several years, Mr. Taylor uniquely bridged the legendary founders of modern dance – Isadora Duncan, Ruth St. Denis, Ted Shawn, Doris Humphrey and Ms. Graham – and the dance makers of the 21st Century with whom he later worked. Through his initiative at Lincoln Center begun in 2015 – Paul Taylor American Modern Dance – he presented great modern works of the past and outstanding works by today’s leading choreographers alongside his own vast and growing repertoire. He also commissioned a new generation of dance makers to work with his renowned Company, thereby helping to ensure the future of the art form. 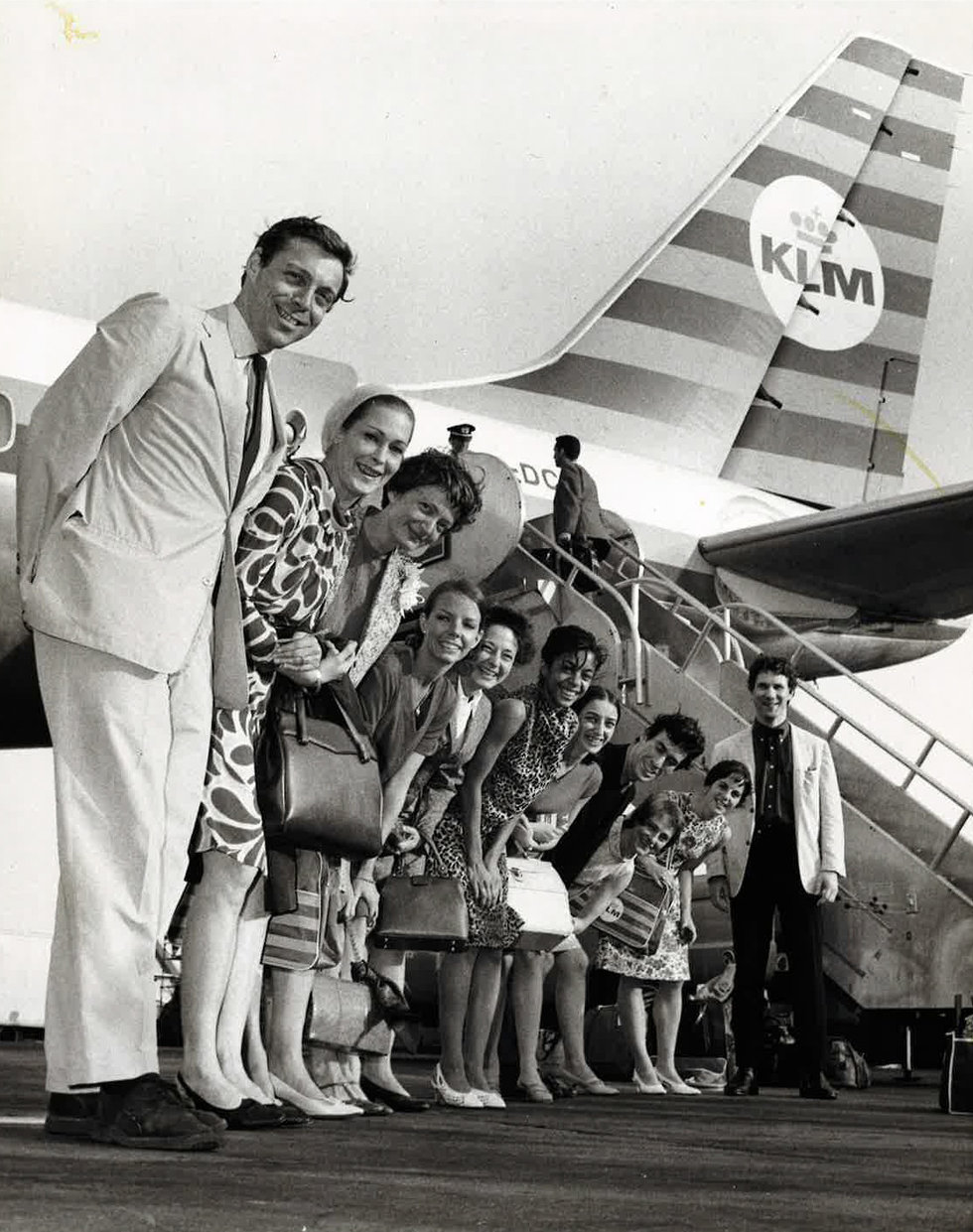 Mr. Taylor continued to win public and critical acclaim for the vibrancy, relevance and power of his dances into his eighties, offering cogent observations on life’s complexities while tackling some of society’s thorniest issues. While he often propelled his dancers through space for the sheer beauty of it, he more frequently used them to comment on such profound issues as war, piety, spirituality, sexuality, morality and mortality. If, as George Balanchine said, there are no mothers-in-law in ballet, there certainly are dysfunctional families, disillusioned idealists, imperfect religious leaders, angels and insects in Mr. Taylor’s dances.  His repertoire of 147 works covers a breathtaking range of topics, but recurring themes include the natural world and man’s place within it; love and sexuality in all gender combinations; and iconic moments in American history. His poignant looks at soldiers, those who send them into battle and those they leave behind prompted the New York Times to hail him as “among the great war poets” – high praise indeed for an artist in a wordless medium.  While some of his dances have been termed “dark” and others “light,” the majority of his works are dualistic, mixing elements of both extremes.  And while some of his work was iconoclastic, he also made some of the most purely romantic, astonishingly athletic, and downright funniest dances ever put on stage.

Paul Taylor was born on July 29, 1930 – exactly nine months after the stock market crash that ushered in the Great Depression – and grew up in and around Washington, DC.  He attended Syracuse University to study painting and wound up getting a swimming scholarship in the late 1940s until he discovered dance through books at the University library. He then transferred to The Juilliard School and began his career in New York City.  In 1954 he assembled a small company of dancers and began to choreograph.  A commanding performer despite his late start in dance, he joined the Martha Graham Dance Company in 1955 for the first of seven seasons while continuing to choreograph on his own troupe.  In 1959 he was invited to be a guest artist with New York City Ballet, where Balanchine created a solo in the dance Episodes for him.

Mr. Taylor first gained notoriety as a dance maker in 1957 with Seven New Dances; its study in non-movement famously earned it a newspaper review made up of three inches of blank space, and Graham subsequently dubbed him the “naughty boy” of dance.  In 1962, with his first major success – the sunny Aureole – he set his trailblazing modern movement not to contemporary music but to baroque works composed two centuries earlier, and then went to the opposite extreme a year later with a view of purgatory in Scudorama, using a commissioned, modern score.  He inflamed the establishment in 1965 by lampooning some of America’s most treasured icons in From Sea To Shining Sea, and created more controversy in 1970 by putting incest and spousal abuse center stage in Big Bertha. 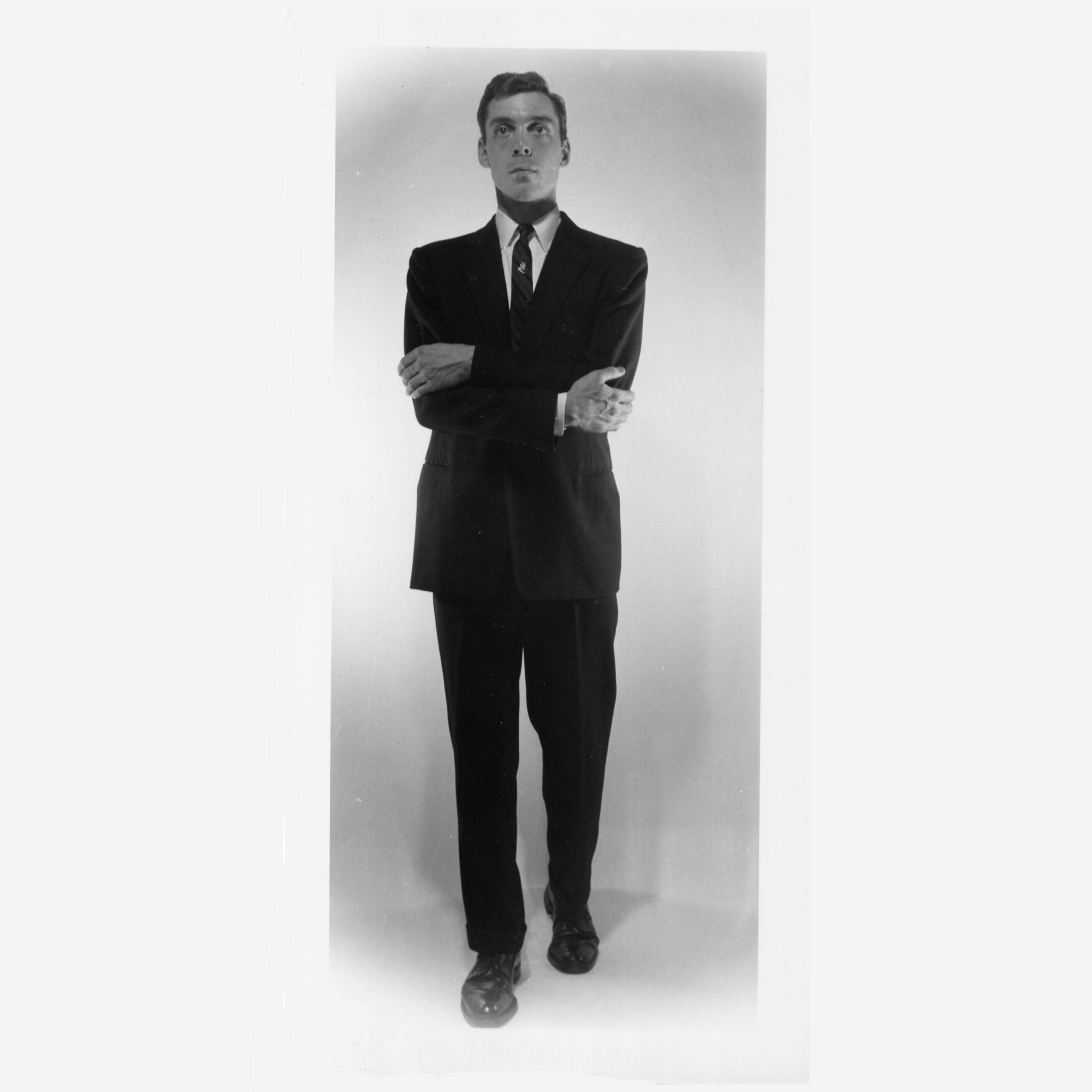 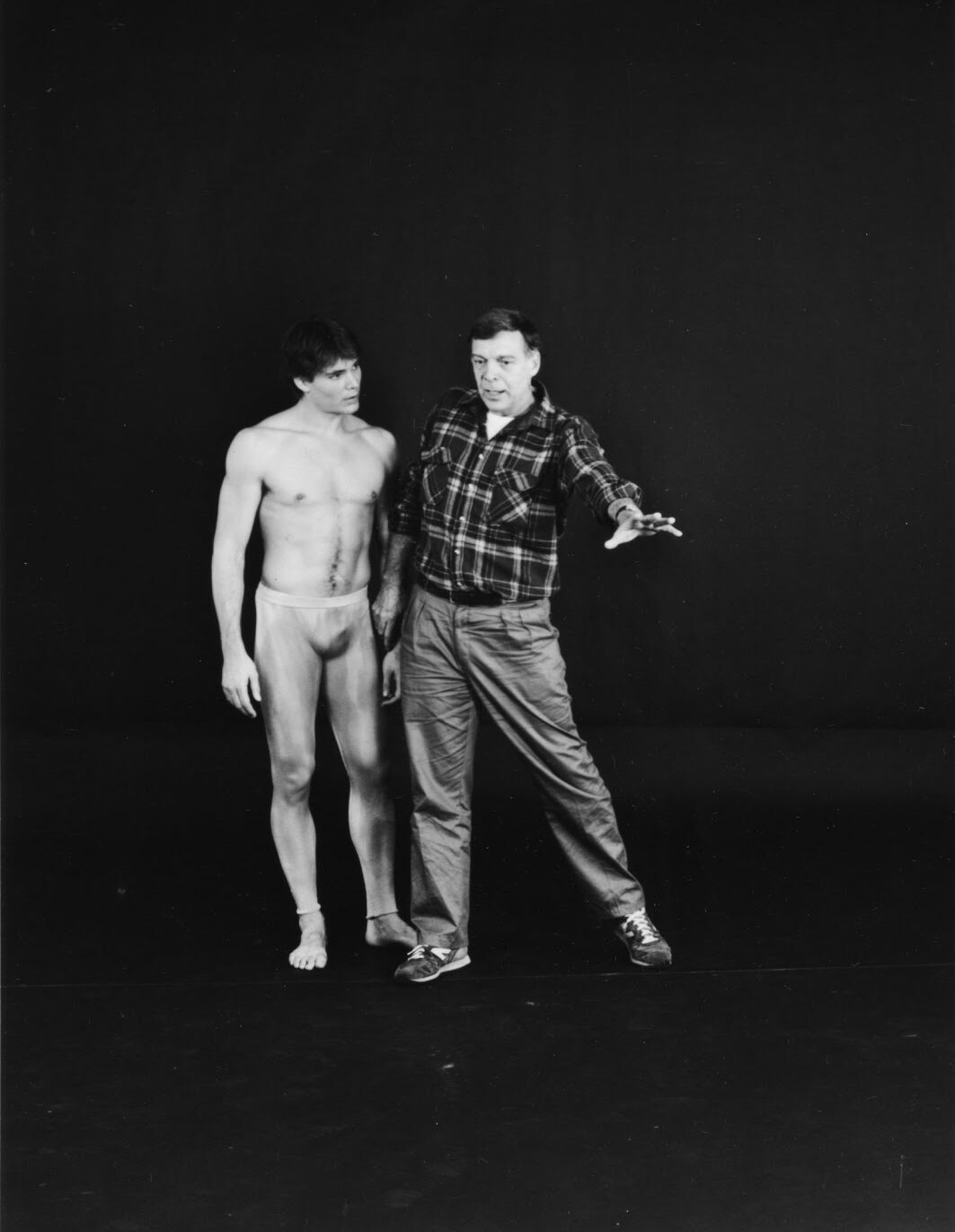 After retiring as a performer in 1974, Mr. Taylor turned exclusively to choreography, resulting in a flood of masterful creativity.  The exuberant Esplanade (1975), one of several Taylor dances set to music by Bach, was dubbed an instant classic, and has come to be regarded as among the greatest dances ever made.  In Cloven Kingdom (1976) Mr. Taylor examined the primitive nature that lurks just below man’s veneer of sophistication and gentility.  With Arden Court (1981) he depicted relationships both platonic and romantic.  He looked at intimacy among men at war in Sunset (1983); pictured Armageddon in Last Look (1985); and peered unflinchingly at religious hypocrisy and marital rape in Speaking In Tongues(1988).  In Company B (1991) he used popular songs of the 1940s to juxtapose the high spirits of a nation emerging from the Depression with the sacrifices Americans made during World War II. In Eventide (1997) he portrayed the budding and fading of a romance. In The Word (1998), he railed against religious zealotry and blind conformity to authority.  In the first decade of the new millennium he poked fun at feminism in Dream Girls (2002); condemned American imperialism in Banquet of Vultures (2005); and stared death square in the face in the Walt Whitman-inspired Beloved Renegade (2008).  Brief Encounters (2009) examined the inability of many people in contemporary society to form meaningful and lasting relationships. In this decade he turned a frightening short story into a searing drama in To Make Crops Grow and compared the mating rituals of the insect world to that of humans in the comedic Gossamer Gallants. Mr. Taylor’s final work, Concertiana, made when he was 87, premiered at Lincoln Center in 2018.

Hailed for uncommon musicality and catholic taste, Mr. Taylor set movement to music so memorably that for many people it is impossible to hear certain orchestral works and popular songs and not think of his dances. He set works to an eclectic mix that includes Medieval masses, Renaissance dances, baroque concertos, classical warhorses, and scores by Debussy, Cage, Feldman, Ligeti and Pärt; Ragtime, Tango, Tin Pan Alley and Barbershop Quartets; Harry Nilsson, The Mamas and The Papas, and Burl Ives; telephone time announcements, loon calls and laughter. Mr. Taylor influenced dozens of dancers who have gone on to choreograph – many on their own troupes – while others have gone on to become important teachers at colleges and universities.  And he worked closely with such outstanding artists as James F. Ingalls, Jasper Johns, Alex Katz, Ellsworth Kelly, William Ivey Long, Santo Loquasto, Gene Moore, Tharon Musser, Robert Rauschenberg, John Rawlings, Thomas Skelton, Rouben Ter Arutunian, and Jennifer Tipton. Mr. Taylor’s dances are performed by the Paul Taylor Dance Company and companies throughout the world including the Royal Danish Ballet, Rambert Dance Company, American Ballet Theatre, San Francisco Ballet, Miami City Ballet, and Alvin Ailey American Dance Theater.

As the subject of the documentary films Dancemaker and Creative Domain, and author of the autobiography Private Domain and Wall Street Journal essay Why I Make Dances, Mr. Taylor shed light on the mysteries of the creative process as few artists have. Dancemaker, which received an Oscar nomination in 1999, was hailed by Time as “perhaps the best dance documentary ever,” while Private Domain, originally published by Alfred A. Knopf, was nominated by the National Book Critics Circle as the most distinguished biography of 1987. A collection of Mr. Taylor’s essays, Facts and Fancies, was published by Delphinium Press in 2013. 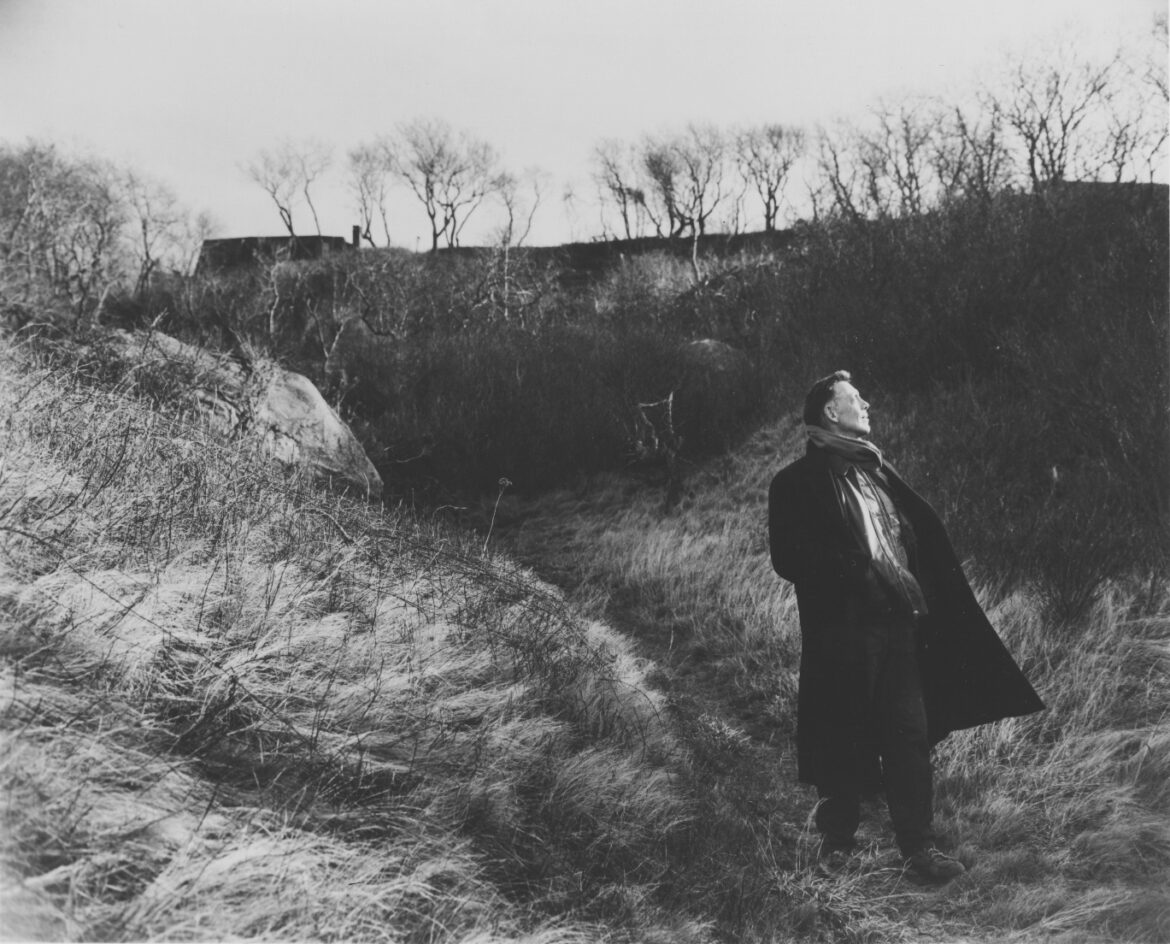 Paul Taylor at home in Mattituck, photo by Annie Leibovitz 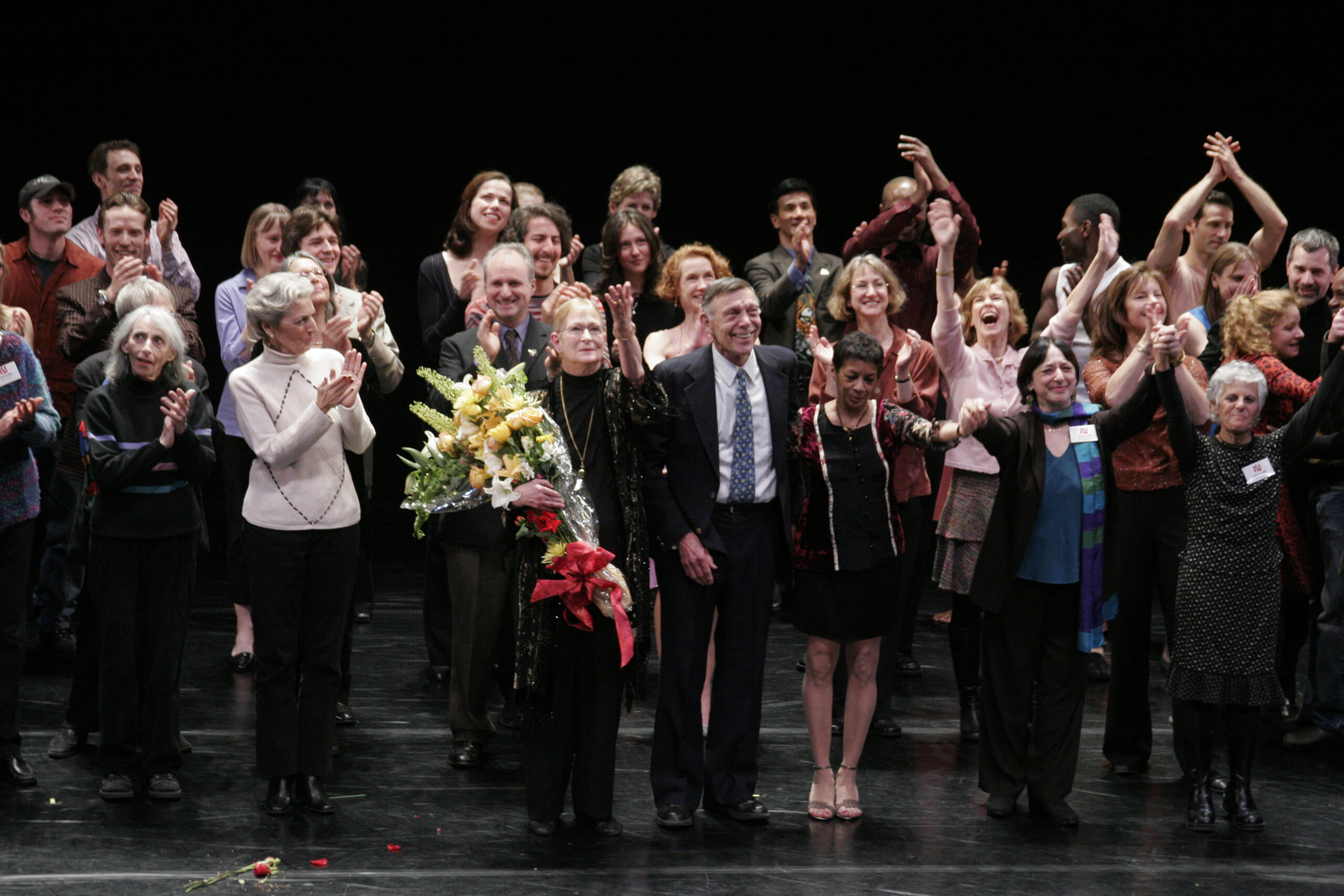 Paul Taylor and alumni at 60th anniversary performance, photo by Paul B. Goode

Mr. Taylor received nearly every important honor given to artists in the United States.  In 1992 he was a recipient of the Kennedy Center Honors and received an Emmy Award for Speaking in Tongues, produced by WNET/New York the previous year.  He was awarded the National Medal of Arts by President Clinton in 1993.  In 1995 he received the Algur H. Meadows Award for Excellence in the Arts and was named one of 50 prominent Americans honored in recognition of their outstanding achievement by the Library of Congress’s Office of Scholarly Programs.  He is the recipient of three Guggenheim Fellowships, and honorary Doctor of Fine Arts degrees from California Institute of the Arts, Connecticut College, Duke University, The Juilliard School, Skidmore College, the State University of New York at Purchase, Syracuse University and Adelphi University.

Awards for lifetime achievement include a MacArthur Foundation Fellowship – often called the “genius award” – and the Samuel H. Scripps American Dance Festival Award.  Other awards include the New York State Governor’s Arts Award and the New York City Mayor’s Award of Honor for Art and Culture.  In 1989 Mr. Taylor was elected one of ten honorary members of the American Academy and Institute of Arts and Letters.  Having been elected to knighthood by the French government as Chevalier de l’Ordre des Arts et des Lettres in 1969 and elevated to Officier in 1984 and Commandeur in 1990, Mr. Taylor was awarded France’s highest honor, the Légion d’Honneur, in 2000 for exceptional contributions to French culture.

Mr. Taylor died in Manhattan on August 29, 2018, leaving an extraordinary legacy of creativity and vision not only to American modern dance but to the entire world. 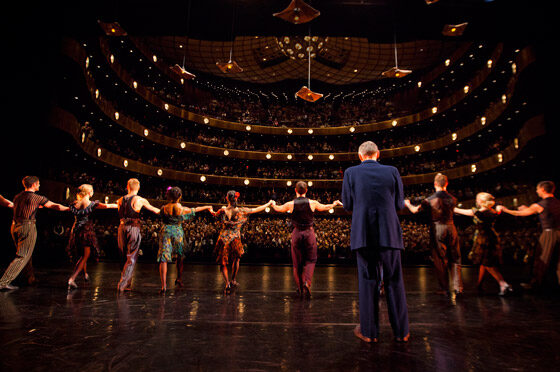 Paul Taylor and dancers at Lincoln Center, photo by Paul B. Goode

For more information on

To view the full catalogue of

Stay up to date with PTDC! 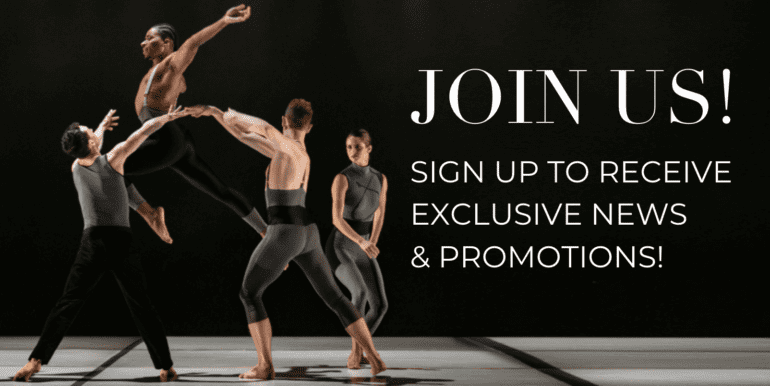 Thank you for signing up! Welcome to the Taylor family!

There was an error while trying to send your request. Please try again.