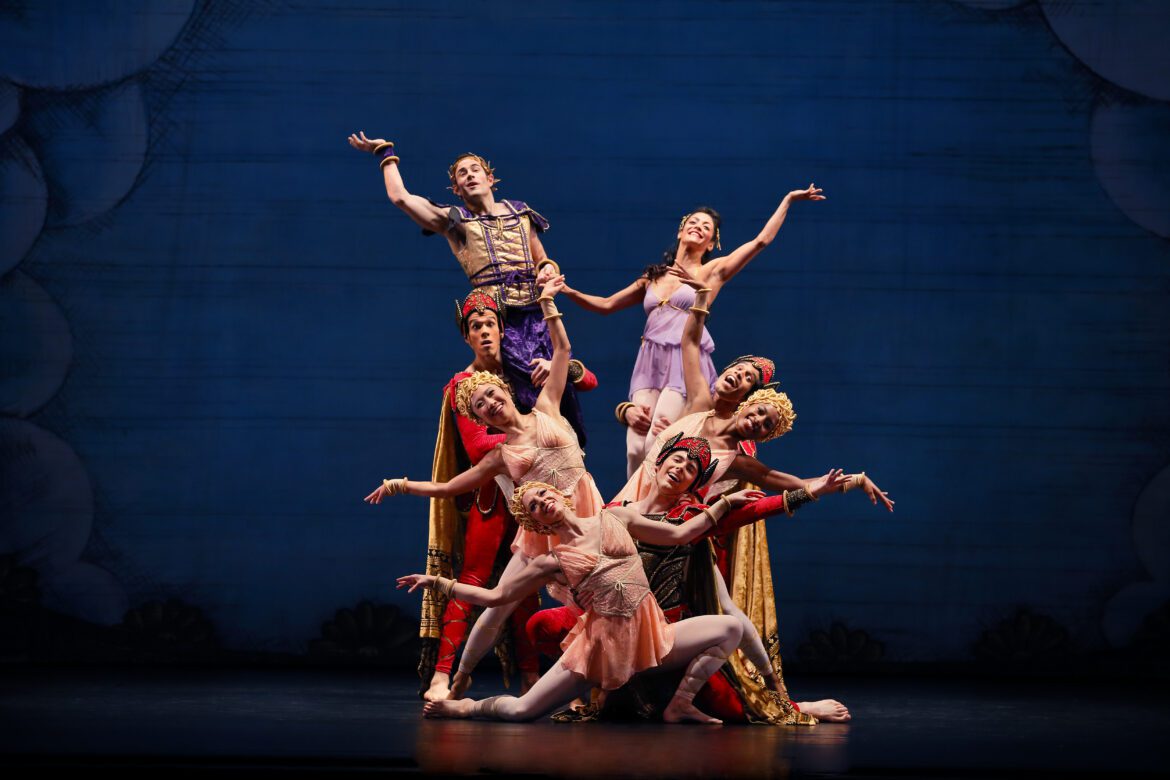 Notes: Although based on one of Shakespeare’s bitterest plays, Troilus and Cressida (reduced) is a wickedly funny romance. Three Cupids awaken romantic notions in the two protagonists. Their bumbling courtship is interrupted when three Greek soldiers carry Cressida off while Troilus snoozes. His rescue attempt fails, but the soldiers lose interest in Cressida when they and the Cupids — now tipsy — become infatuated with each other. The dance ends with all happy ever after.

“Taylor’s funniest work to date dazzles with bright-spirited, belly-laugh humor [turning] Shakespeare’s bitter play of love and betrayal into a hoot. At the root of his humor lies his astute observation of human nature involving romantic matters in which mere humans appear as stumbling, clueless oafs.” – Susan Broili, Durham Herald-Sun