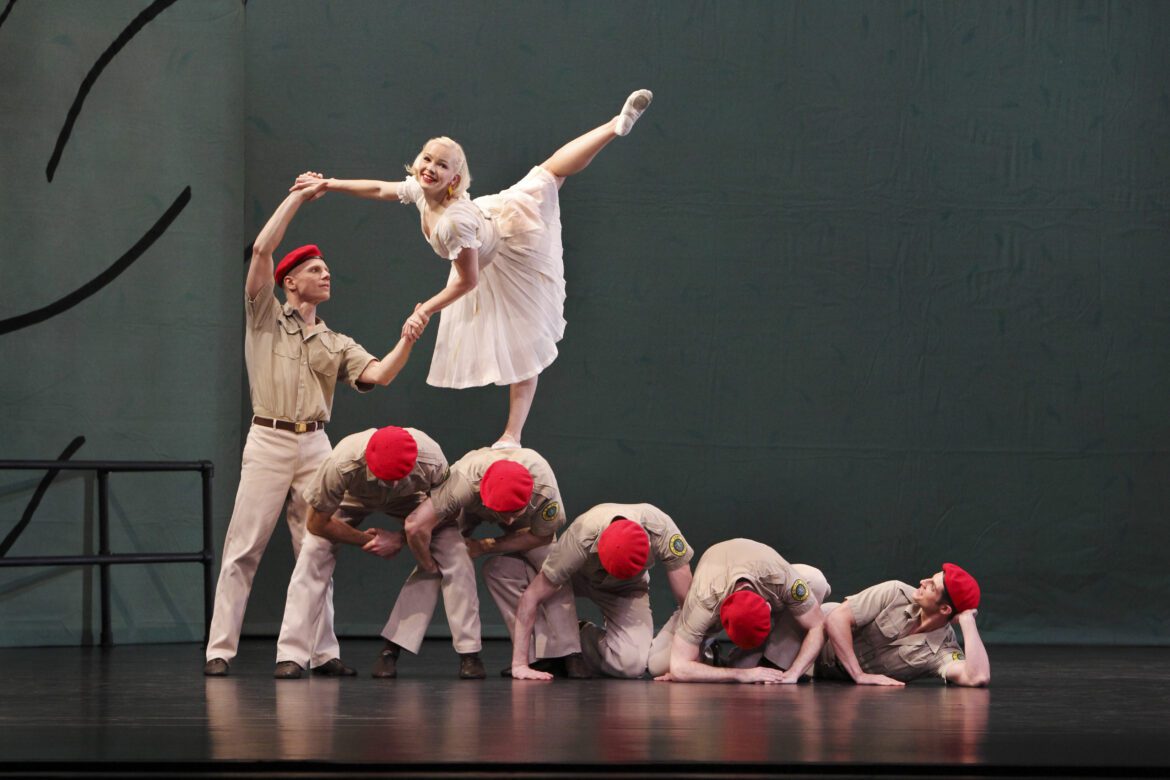 Notes: A poignant look at camaraderie among soldiers and the sweethearts they leave behind — which, according to The New York Times, first marked Paul Taylor as “one of the great war poets.”

“Mr. Taylor’s deeply moving meditation on war, on men with women, on men with men, on loss, on memory is one of the few great dance works of the past quarter-century…Delicately presented, achingly sad…I’m always startled to meet people who aren’t moved to tears by it.” – Robert Gottlieb, New York Observer

Michael Trusnovec and Aileen Roehl, and Company, photo by Paul B. Goode