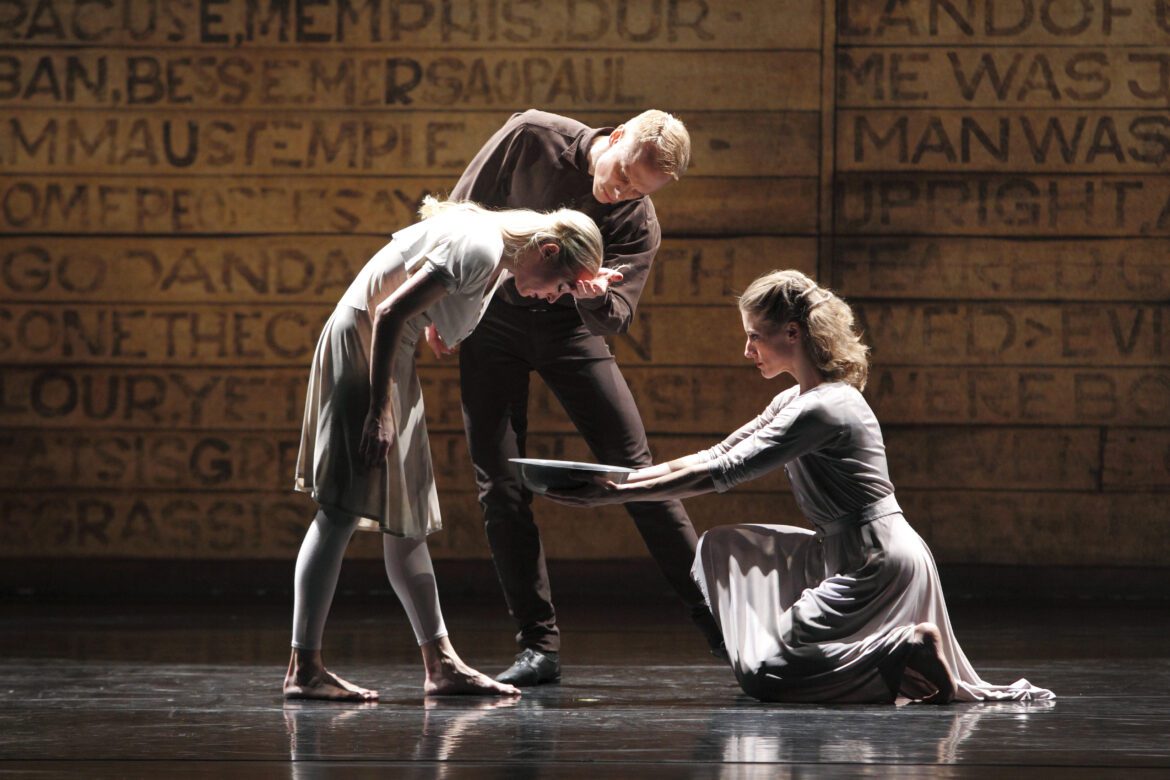 Notes: A melodic and haunting score with fragments of an evangelical broadcast propels this impressionistic look at religious fanaticism and hypocrisy in a town led by a charismatic preacher who is both fearsome man of God and weak-willed sinner. During the opening barn dance the town’s underlying fervor is revealed by a participant who has a fit that suggests “speaking in tongues” – the unintelligible utterances of religious emotion by possessed communicants at a prayer service. A Man of the Cloth emerges from a doorway that’s been burnt as if by hellfire; his frantic solo of contrasting movements shows a conflicted nature. The Odd Man Out, a misfit and non-believer, suffers the wrath of the community and of A Mother who mistreats Her Unwanted Daughter for fancying him. Repentant, he is welcomed into the fold. A Party Girl, whose conquests have included the preacher, has her way with some pious young men, while The Daughter Grown Up is abused again, this time by her husband. All the while, His Better Half is a gentle and forgiving influence on the troubled preacher and the community. The drama ends with the townspeople lying onstage – chairs clutched above them like so many crosses at Calvary – as an evangelist is heard railing against the faithless, declaiming “Their blood will be required in Your hands.”

“Amazing… Illuminates the scary underside of America’s most cherished definition of itself: one nation, under God. It’s not love but violence and despair that make this pious little world go round. Only a great choreographer with the mind of a great novelist could have created a work of such imaginative breadth – a category in which Taylor has no peer.” – Laura Shapiro, Newsweek