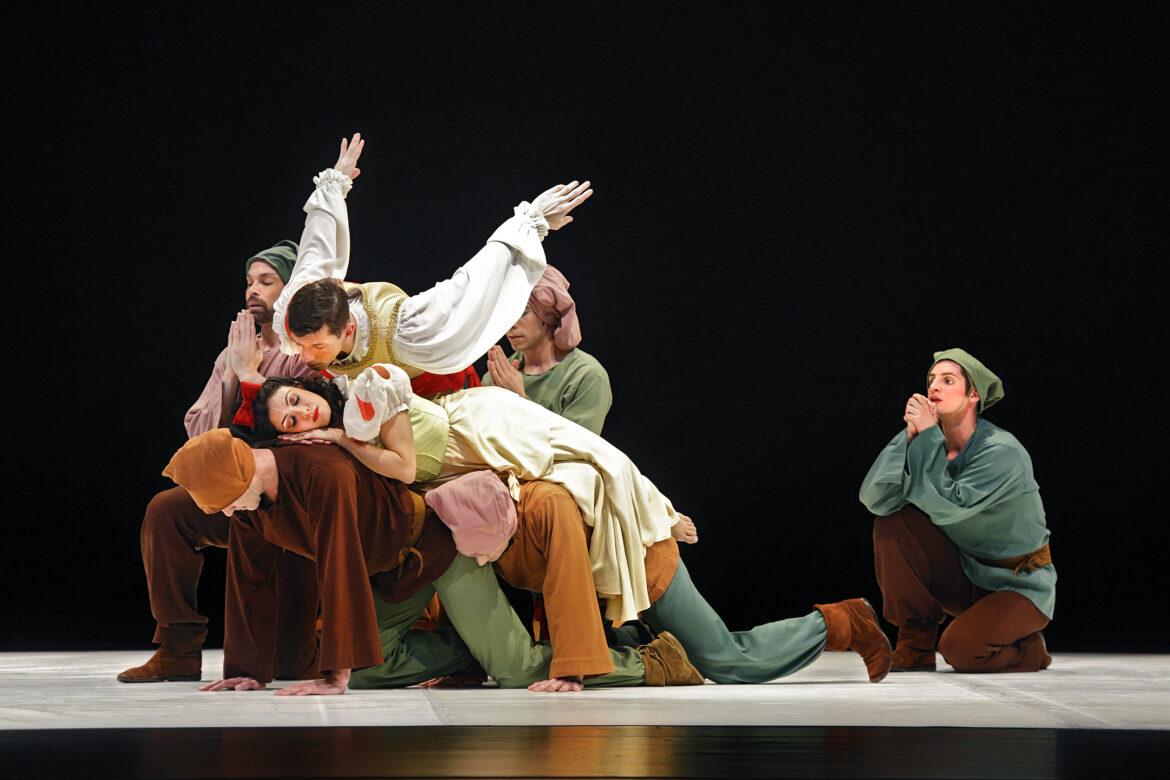 Notes: “Clever fun. The simple, curvy outlines of all the movement are uncannily like to cartoon characters’ in the Disney film, but the sardonic twists to plot and character are Taylor’s own…” – Tobi Tobias, New York Magazine