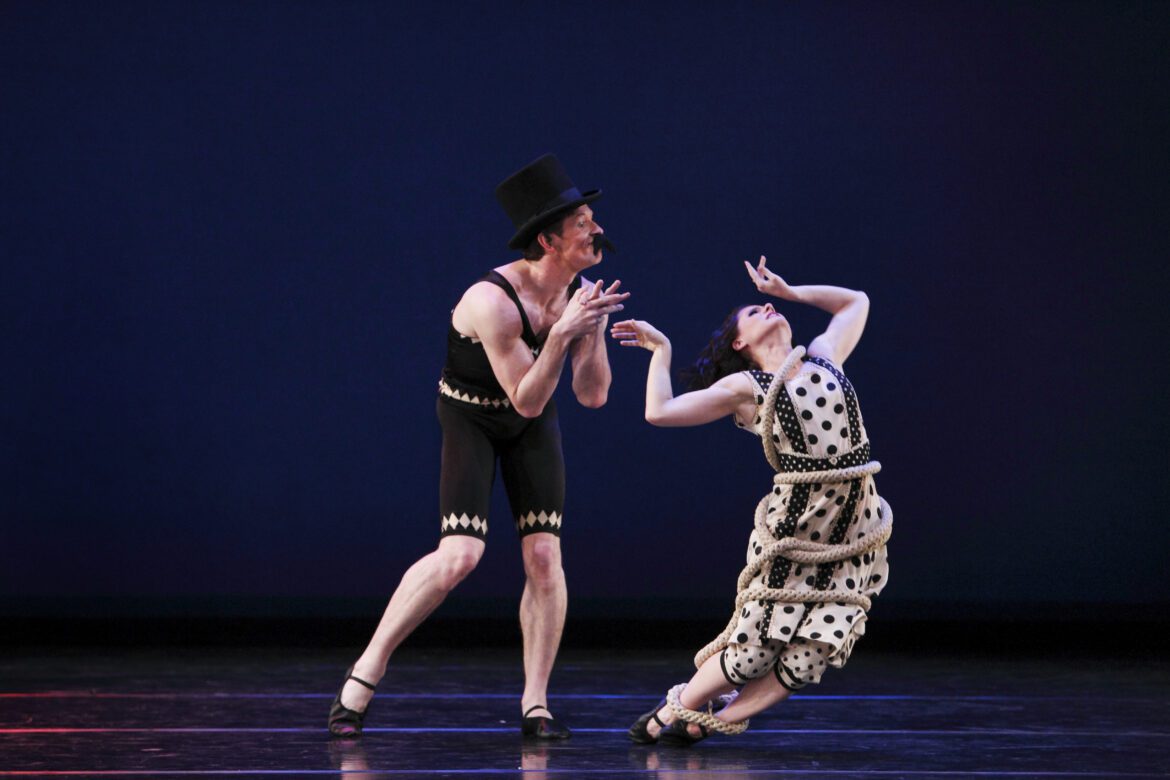 Notes: “Oh, You Kid!, a term of admiration used in the early 1900s, sets the tone for a Coney Island-style revue. Costumed in period beachwear, the dancers perform vaudeville numbers and a melodrama to Ragtime medleys of patriotic and operatic tunes as well as such Tin Pan Alley hits as “Meet Me Tonight in Dreamland” and “Knockout Drops.” There are references to such popular social dances of the era as the Bunny Hop, Turkey Trot, Camel Walk, Lame Duck and Grizzly Bear. The Ku Klux Klan, which was thriving despite a ban on female members, is parodied in a skit in which an eager young lady attempts to join. In a poignant solo, a not-so-young “eccentric dancer” performs a grotesque hootchy-kootch number for what must be the millionth time; she pulls a muscle, her undergarment creeps up and she loses her directional focus, but at the insistence of her manager – and despite the dearth of applause – she gamely goes back on stage to finish. The piece ends with young people filled with optimism performing a joyful, lyrical dance to “’Till the Clouds Roll By.”

“An exuberant romp… Sheer and wonderful entertainment. But Taylor reminds us that the era of the Keystone Kops was also the heyday of the KKK…” – Anna Kisselgoff, The New York Times

Sean Mahoney and Eran Bugge, photo by Paul B. Goode