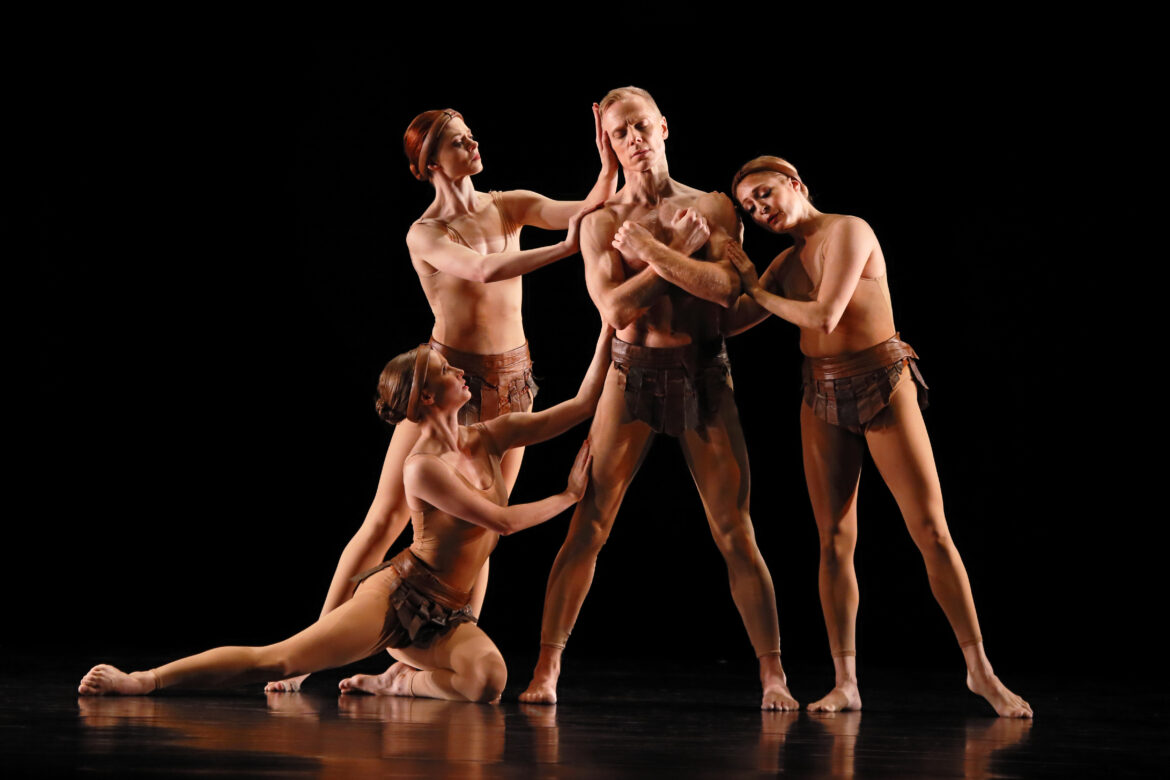 Notes: In 1747, Frederick the Great, King of Prussia, asked Johann Sebastian Bach to compose a fugue based on the king’s own music; Bach responded with A Musical Offering, built entirely on that “excellently beautiful” royal theme. Some 240 years later, unfazed by how revered Bach’s final chamber work had become, Paul Taylor used it as the score for one of his most profound dances: a requiem. A woman whose life is being celebrated introduces the work’s movement vocabulary, the primitive look of which was inspired by wood sculptures from New Guinea. The ensemble mourns her imminent passing by rocking, their arms crossed at times in the ancient burial pose. In the poignant climactic duet, the woman’s partner tries desperately to prevent her leave-taking. A final glorious lift propels her ascent to the afterlife.

“One of the most extraordinarily reverberant dances of our time… Taylor’s choreography has never seemed more profoundly inspired by its music, never more confident in its subtle shifts of tone and never richer in its radiant humanity… The piece flows with uncommon ceremonial splendor.” – Allan Ulrich, San Francisco Examiner