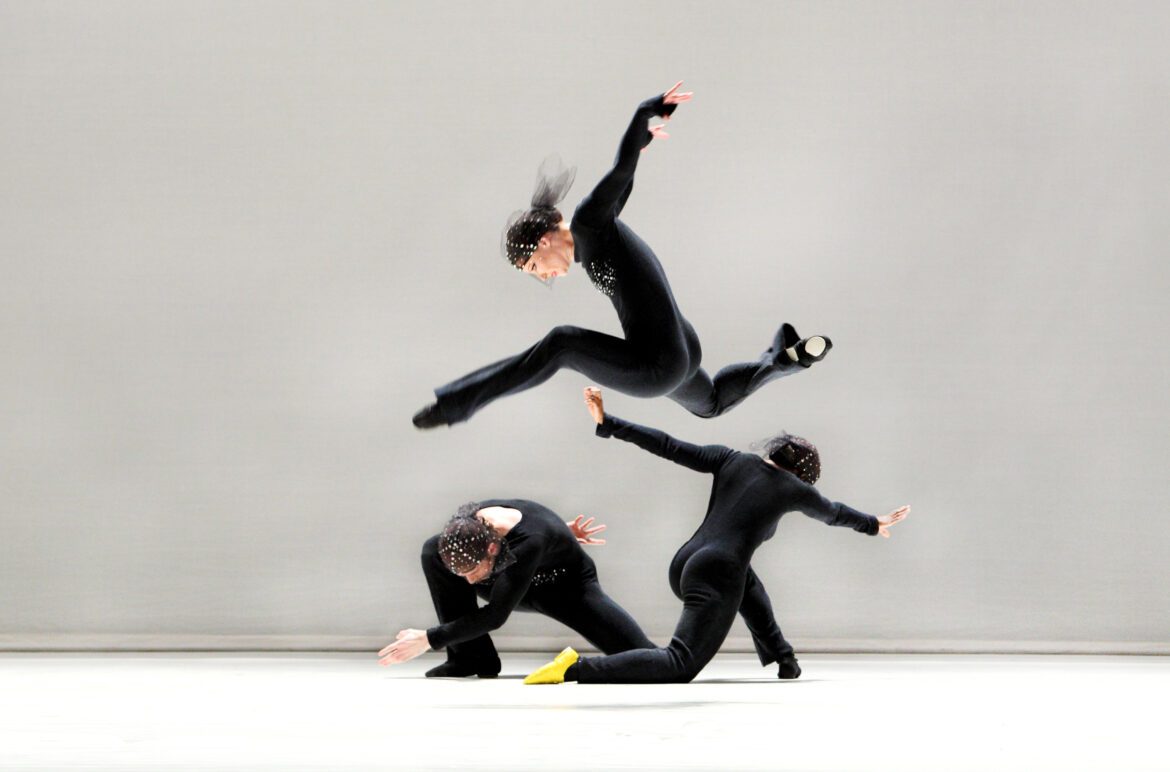 Notes: In 1957, Paul Taylor presented a single performance of 7 New Dances – a concert that caused most of the audience to leave soon after it began, and Louis Horst, one of his mentors, to publish a celebrated review consisting of nine square inches of blank space. Nevertheless, Taylor felt his collection of postural ABCs had spotlighted the close kinship of posture to gesture, and that the “found” materials from which the dances were made – natural postures, ordinary walking and running – would, when presented on stage, offer a glimpse into a dance-related area that had gone more or less unnoticed. Since 1957 Taylor has occasionally returned to these roots; for example, Esplanade in 1975. One of the 7 New Dances – Events I – became the springboard for Lost, Found and Lost. The dance also features natural postures – such as people waiting impatiently in line, as if at a bank – set to “elevator music.”

Company, photo by Paul B. Goode