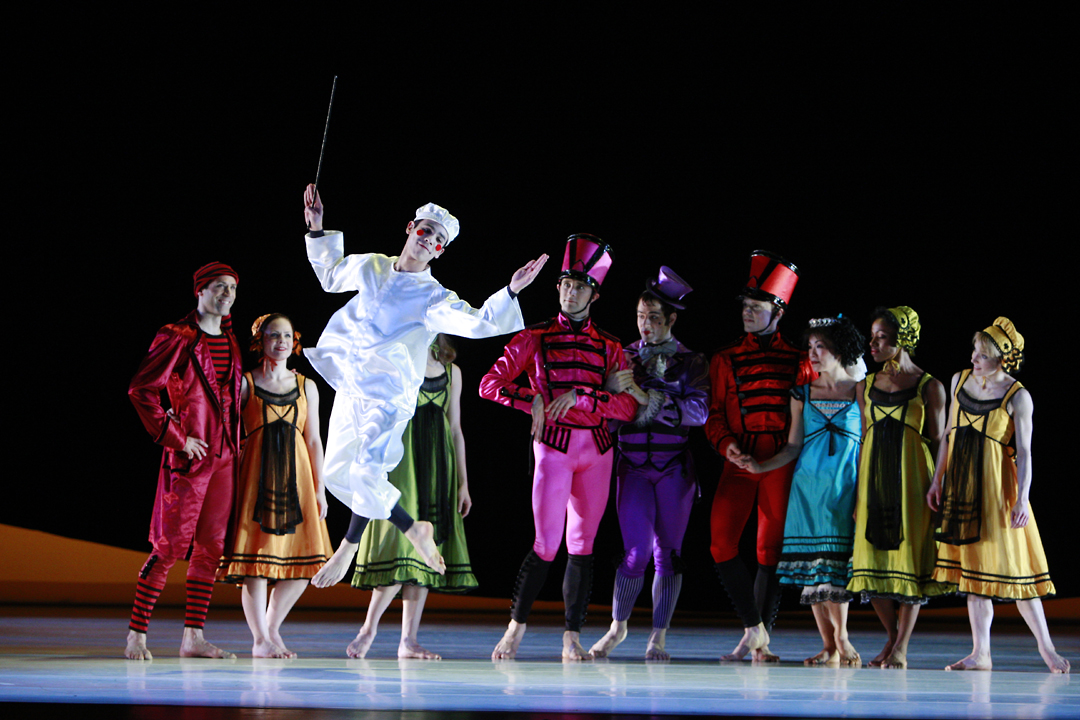 Notes: Set to a pianola version of Stravinsky’s score for the ballet Petrushka, Le Grand Puppetier is likewise about a puppet who is brought to life. Mr. Taylor’s story involves a malevolent emperor, his lovely daughter, and the effete courtier the emperor wants his daughter to marry. She, however, only has eyes for one of the emperor’s guardsmen. When the emperor brings a puppet to life to entertain his subjects, the puppet discovers human emotions. Eventually the puppet steals the emperor’s magic wand – the source of his power – and enslaves the emperor with it. Thus the plot of this beguiling dance tells us that which couple ties the knot depends on who winds up pulling the strings – but its underlying theme is that absolute power corrupts absolutely.

Francisco Graciano and Company, photo by Paul B. Goode