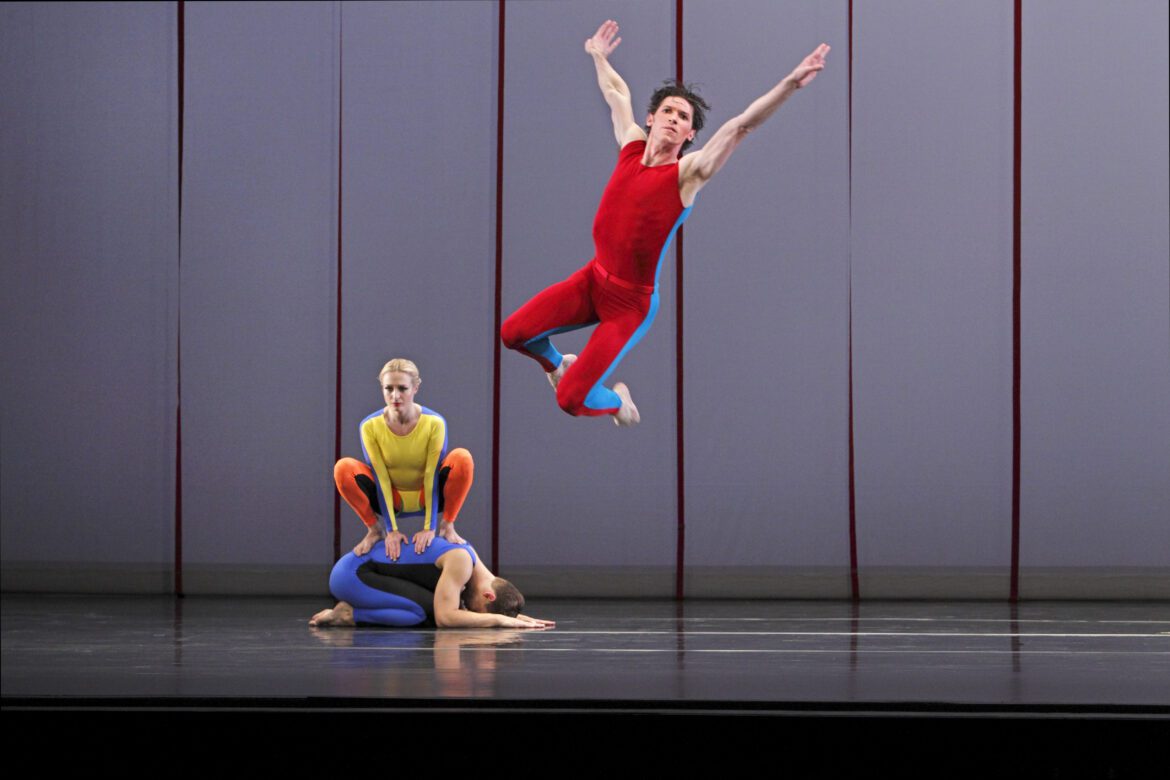 Notes: “… an uncompromisingly plotless work filled with quirks and squiggles, apparent non sequiturs whose unmotivated look is heightened by the stately, pensive walks with which the dance is also filled […] presumably the joke is that the cellist plays on and on, and plays a rigorously ordered score, as the dancers move, perch and pose nearby in deceptively anarchistic choreography […] In it, one sees the pull of forces that helps to identify Mr. Taylor’s style. The mood is mostly sunny, but the dancers often move in a way that is unoptimistically bizarre.” – Jennifer Dunning, The New York Times