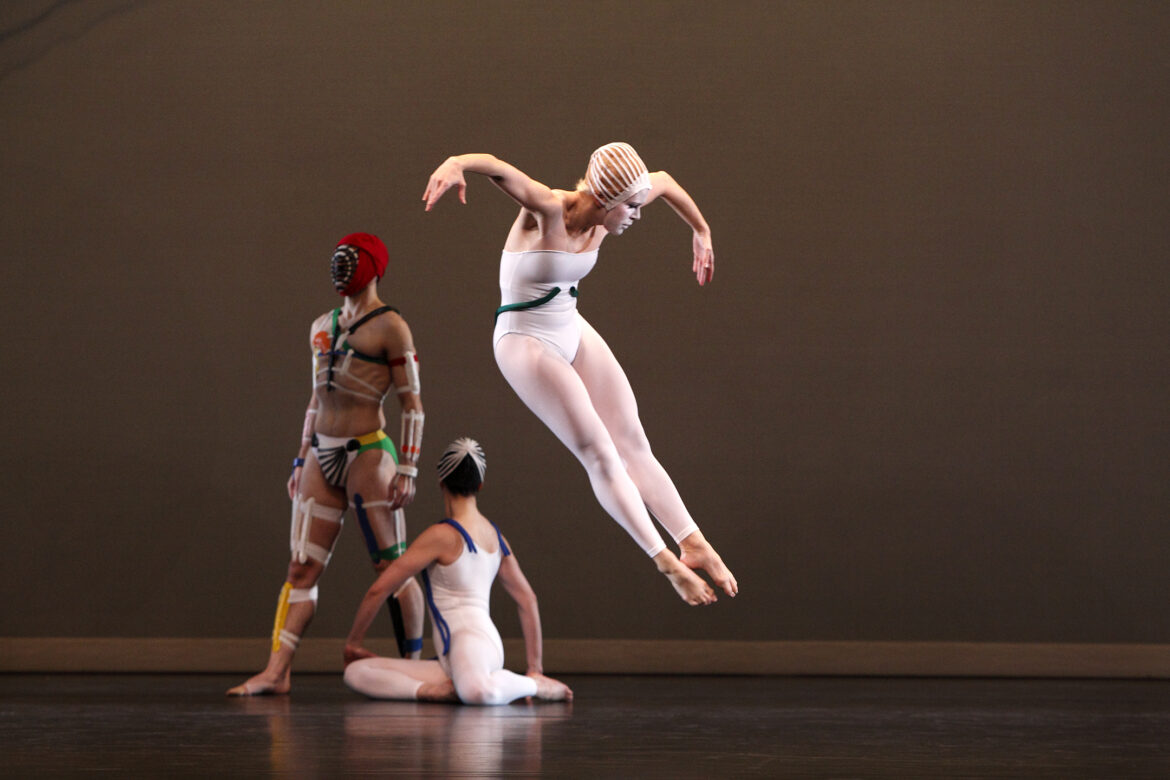 Notes: “A bewitching, rarely seen work from 1961 featuring a winding, towering tree made of pastel-colored piping by Rouben Ter-Arutunian. Set to music by Schoenberg, this dance for four is strongly connected to Mr. Taylor’s roots as a dancer for Martha Graham in both its mythical set and the movement, which calls on sideways jumps, falls to the floor and walks guided by the toe. He also has some twists of his own.” – Gia Kourlas, The New York Times