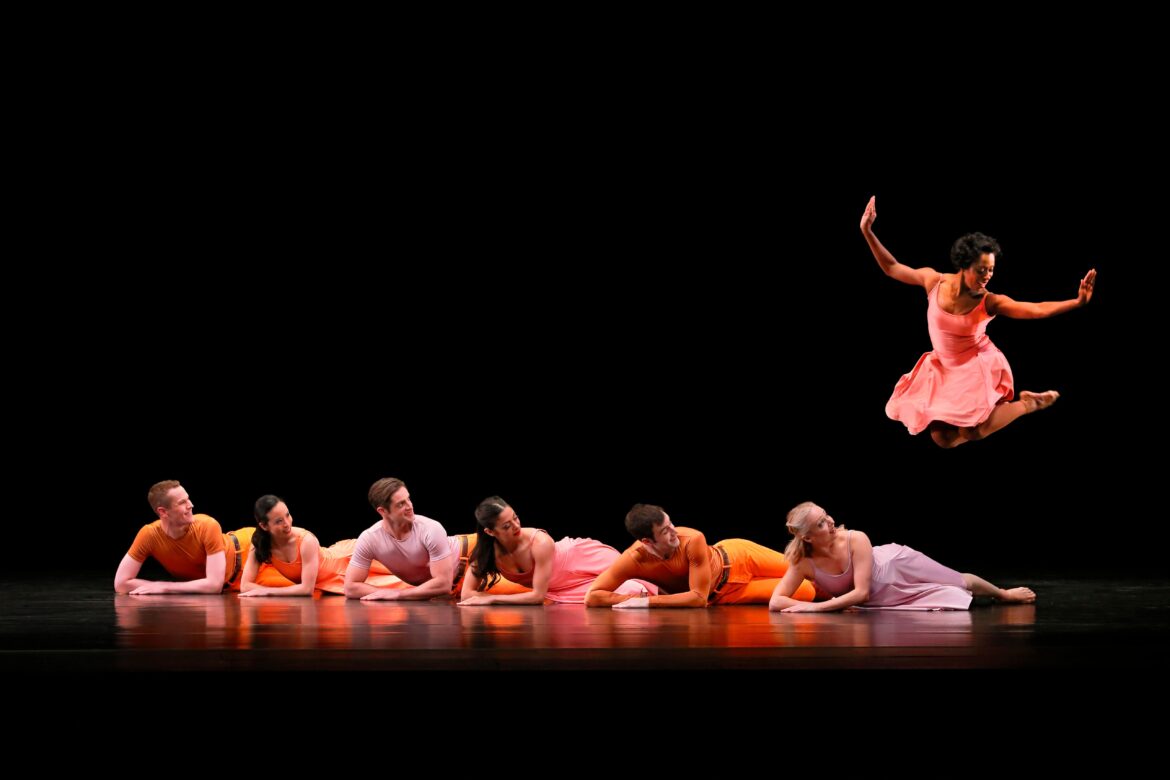 Opus Number: 61
Music: Johann Sebastian Bach
Costumes: John Rawlings
Lighting: Jennifer Tipton
Date First Performed: March 1, 1975
Notes: An esplanade is an outdoor place to walk; in 1975 Paul Taylor, inspired by the sight of a girl running to catch a bus, created a masterwork based on pedestrian movement. If contemporaries Jasper Johns and Robert Rauschenberg could use ordinary “found objects” like Coke bottles and American flags in their art, Taylor would use such “found movements” as standing, walking, running, sliding and falling. The first of five sections that are set to two Bach violin concertos introduces a team of eight dancers brimming with Taylor’s signature youthful exuberance. An adagio for a family whose members never touch reflects life’s somber side. When three couples engage in romantic interplay, a woman standing tenderly atop her lover’s prone body suggests that love can hurt as well as soothe. The final section has dancers careening fearlessly across the stage like Kamikazes. The littlest of them – the daughter who had not been acknowledged by her family – is left alone on stage, triumphant: the meek inheriting the earth.

“When I left the theater… I was thinking that I’d seen a classic of American dance. It confers a mythic dimension on ordinary aspects of our daily lives – it’s unfaked folk art. The dancers, crashing wave upon wave into those falls, have a happy insane spirit that recalls a unique moment in American life – the time we did the school play or we were ready to drown at a swimming meet. The last time most of us were happy in that way.” – Arlene Croce, The New Yorker