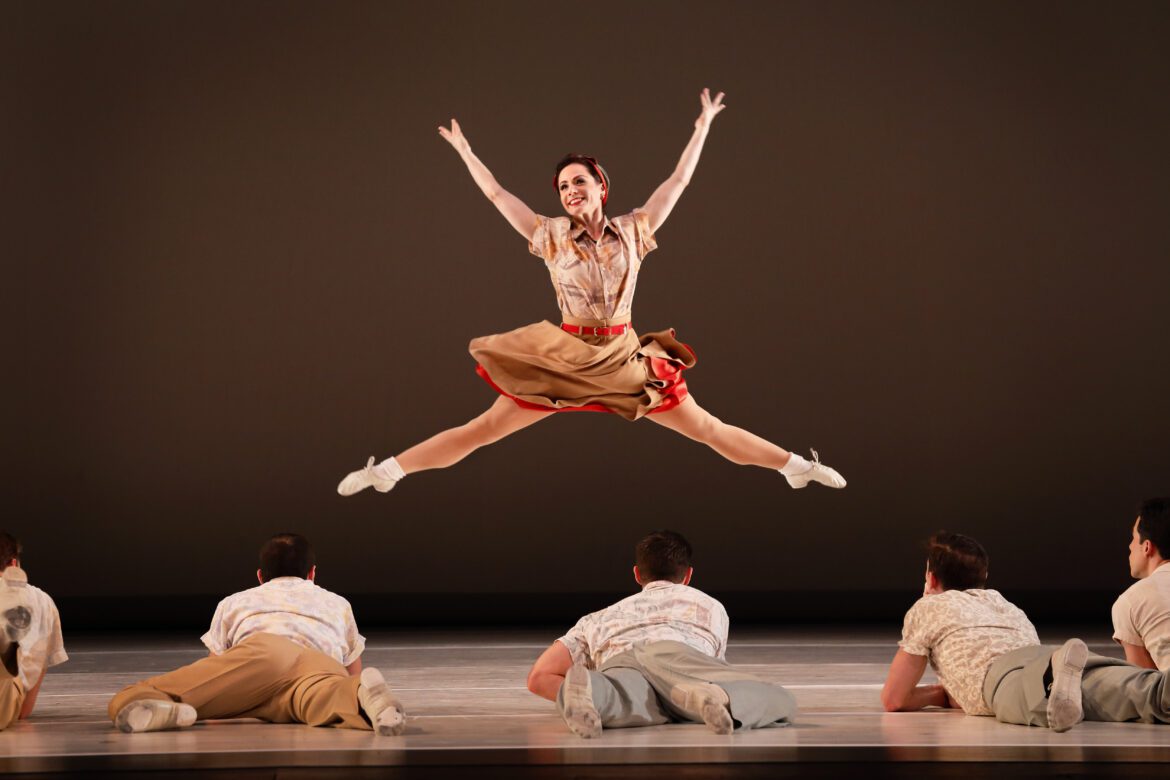 Notes: Just as America began to emerge from the Depression at the dawn of the 1940s, the country was drawn into the Second World War. In a seminal piece of Americana, Paul Taylor recalls that turbulent era through the hit songs of the Andrews Sisters. Although the songs depict a nation surging with high spirits, millions of men were bidding farewell to wives or girlfriends and many would never return from battle. The dance focuses on such poignant dualities. Young lovers lindy, jitterbug and polka in a near manic grasp for happiness while in the background shadowy figures – soldiers – fall dead. Among the sections of the dance, the one choreographed to “Boogie Woogie Bugle Boy (of Company B)” is carefree until the moment the bugler is shot; the one set to “I Can Dream, Can’t I?” tells of a young lady’s affections for a soldier an ocean away who, for his part, reaches out to a comrade in arms. The dance ends just as it began, with “Bei Mir Bist du Schön” – but the world has clearly changed.

“Evokes the exuberant rhythms of the ’40’s as well as the grim and persistent shadow of war. But even more vividly, it honors Taylor’s magnificent dancers. Some of the most glorious dancing to be seen anywhere…” – Laura Shapiro, Newsweek

Eran Bugge and Company, photo by Paul B. Goode