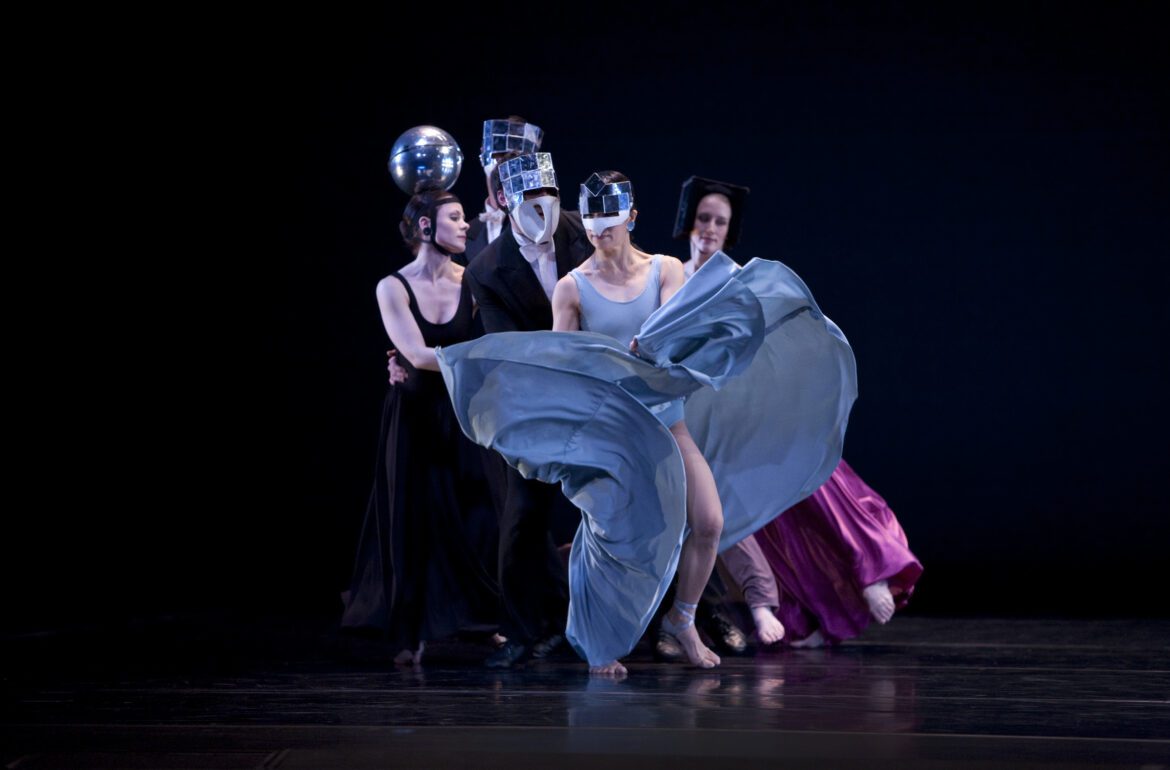 Notes: “Man is a social animal,” said Spinoza. Just below the surface of humans’ civilized veneer lurks an animal nature that cannot be ignored. The scene is a cotillion ball where members of high society are dressed in formal attire – the gentlemen in tailcoats and the ladies wearing gowns and mirrored headpieces. A baroque score vies for dominance with urgent, percussive 20th-Century music, reflecting the struggle between our gentler and more savage natures. As primitive impulses emerge, the women plant seeds and bear progeny, while the men seem no longer to wear tails but bear tails. They prance and stalk on all fours, and their totemic friezes suggest the prehistoric ancestors from whom we have descended. Although the dance ends on a triumphant note with social structures intact, it has become clear that we are not separate from animals, we are animals.

“A sharp comedy of manners [about] the conflicting natures within people and, more specifically, the darker side that surfaces under the veneer of gentility. Revealing their true selves, the dancers turn humorously grotesque. The writhe as well as waltz, they crawl as well as glide. There’s so much movement-invention that it is hard to take everything in.” – Anna Kisselgoff, The New York Times

Photo by Paul B. Goode