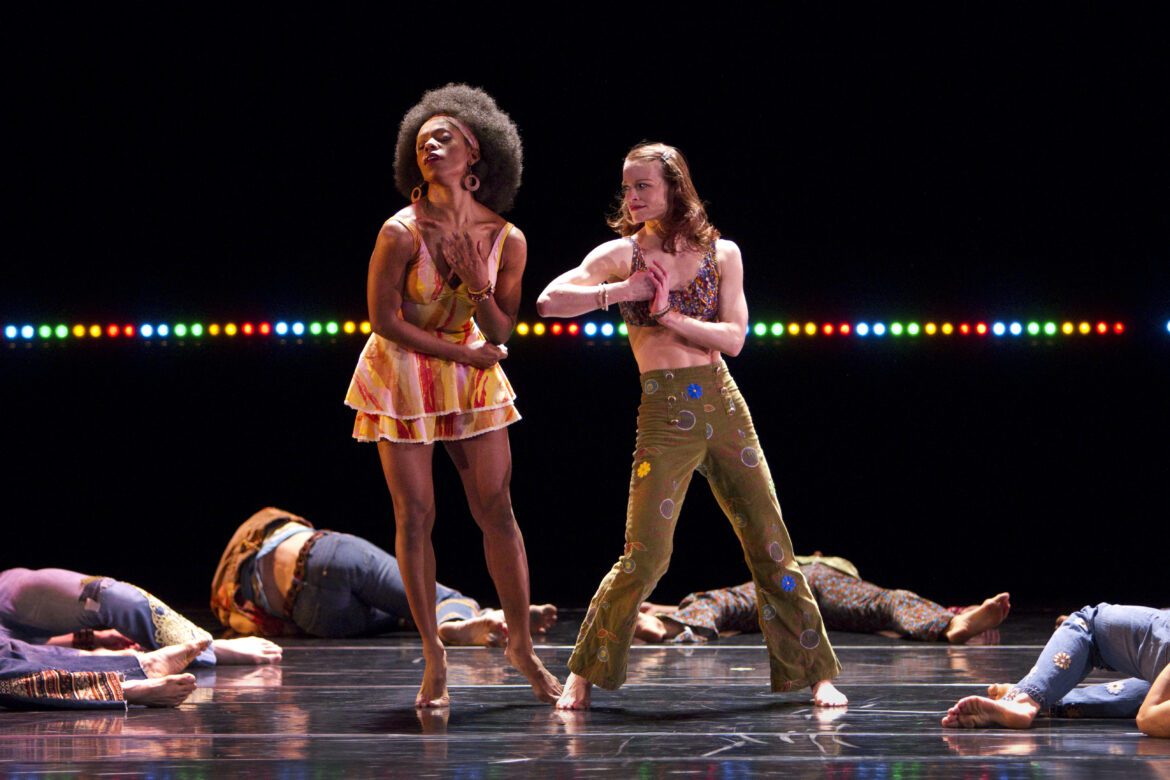 Notes: The 1960s began in a spirit of unbridled optimism, with Americans electing the youngest President ever. That optimism was short-lived, dashed by assassinations, race riots and the nation’s tragic involvement in the Vietnam War. Changes revisits that time through songs of the iconic folk/rock group, The Mamas and The Papas. The opening section reveals snippets of popular dance steps as an announcer introduces the vocal group at a rock concert. After we’re reminded that this was the era of “free love,” the dance grows dark with sections about an impending earthquake, hallucinogenic drugs and the growing radicalization of young people as they defied authority and embraced liberation movements. In a dream sequence, a boy learning from a father figure hurts himself and is comforted by the older man. The dance climaxes with an anthem of the era, “California Dreamin’”, uniting the disillusioned young people. A program note states that while we remember the turbulent ’60s as unique, in fact they were not – 40 years later the country is again involved in an unpopular war amid demands for change, indicating that the more things change, the more they stay the same.

“A spellbinding time capsule of the Californian 1960s… The dancers’ re-enactment of the ’60s in an extraordinary feat of acting. The costumes and wigs are deliciously period… It travels from episode to episode, each depicted and shaped with mastery, all vivid and different.” — Alastair Macaulay, The New York Times

Michelle Fleet and Annmaria Mazzini, photo by Paul B. Goode