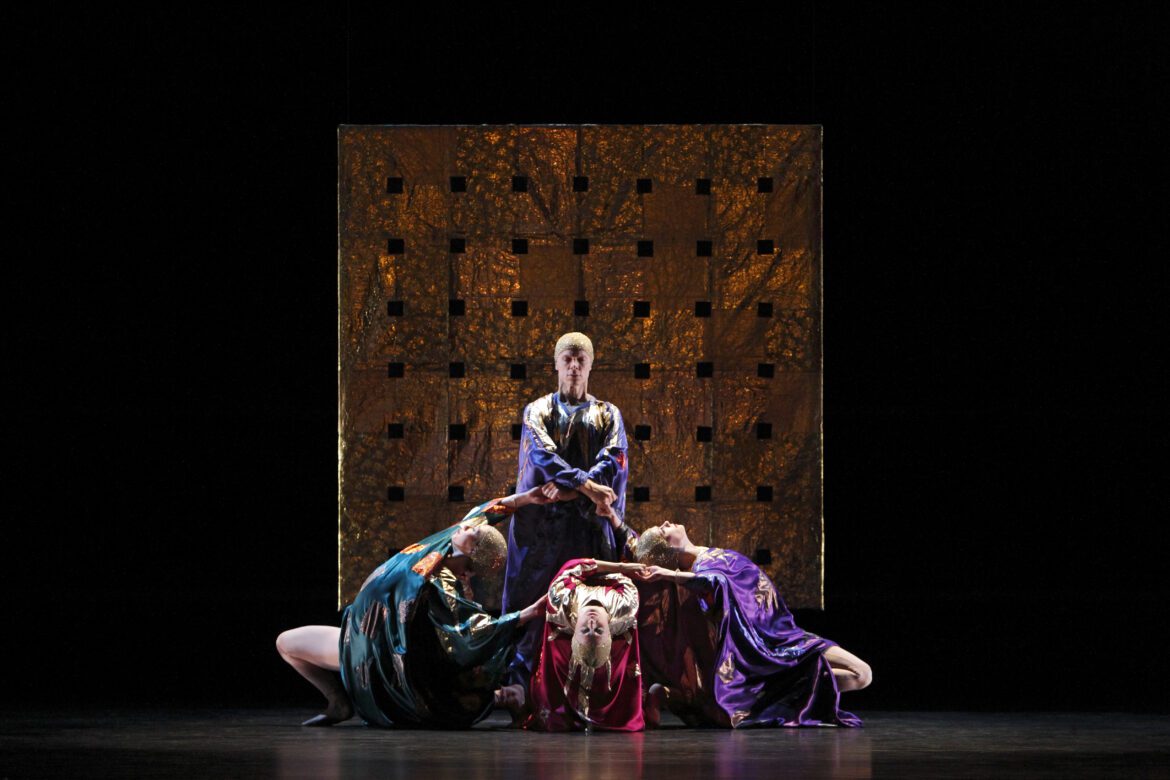 Notes: In a dance with stunning movement invention, spectacular sets and a spiky score by 20th Century iconoclast Edgar Varèse, Paul Taylor recalls the Byzantine Empire, an economic, political and cultural “superpower” whose thousand-year reign ended in the 15th Century. The dance begins with a quartet of holy figures performing a religious ceremony, after which a flagellant engages in repentance. With the passage of time, morality decays and, with the dancers staggering as if from an earthquake, the empire collapses – as empires often do.“Taylor is revisiting the Dante circles of hell… A savage work, full of brutalized images, pictures of destruction and suggestions of decay. Taylor’s apocalyptic vision is gross and nasty, appallingly graphic, yet mightily effective in its fierce-etched power.” – Clive Barnes, New York Post

Christina Lynch Markham and Company, photo by Paul B. Goode