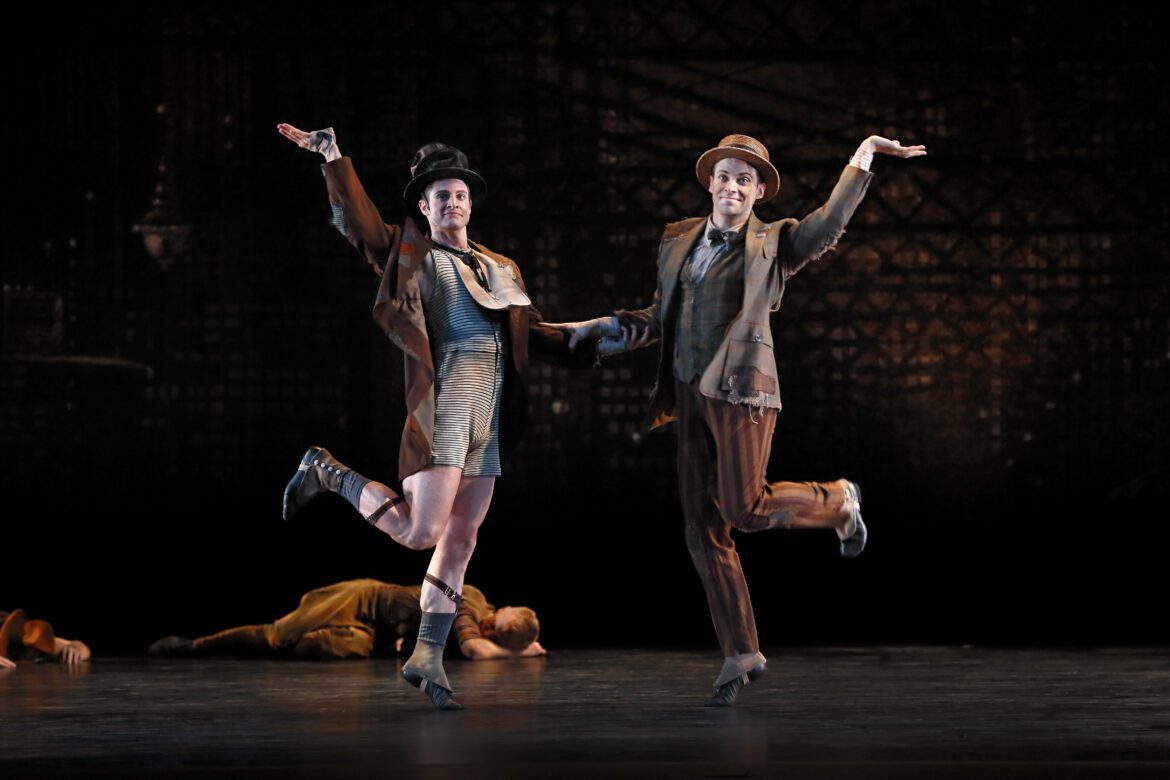 Notes: The once mighty jumped to their deaths from skyscrapers, former millionaires sold apples on street corners, and every metropolis sprouted Shantytowns. America was in the grip of the Great Depression – but rather than dwell on its terrible effects, popular culture from Tin Pan Alley to Hollywood celebrated the nation’s can-do spirit. Paul Taylor recalls the valiant souls of the ’30s with a masterwork from his Americana series. He peoples his Shantytown with Vaudevillians and Doughboys, hookers and showgirls, all eking out a meager existence on the streets of the city. Music hall hoofers recall their heyday, down-and-out couples jitterbug down Park Avenue, a pimp continues to hawk his wares, and a newsgirl pretends to slay the big bad wolf that is the Depression. Sections set to “The Boulevard Of Broken Dreams” – the era’s great torch song – and “Brother, Can You Spare A Dime?” – its enduring anthem – powerfully illustrate the tragedy of shattered hopes and dreams.“[Taylor is] still making waves in the dance world with his quirky, beautiful, dark, inventive and visceral work. Black Tuesday, set to songs from the Great Depression, could be added to a file titled, ‘Paul Taylor’s Master Works’. All elements, combined to provide the ultimate experience of seeing a world come to life before your eyes…“ – Susan Broili, The Durham Herald-Sun

Michael Apuzzo and Michael Novak, photo by Paul B. Goode