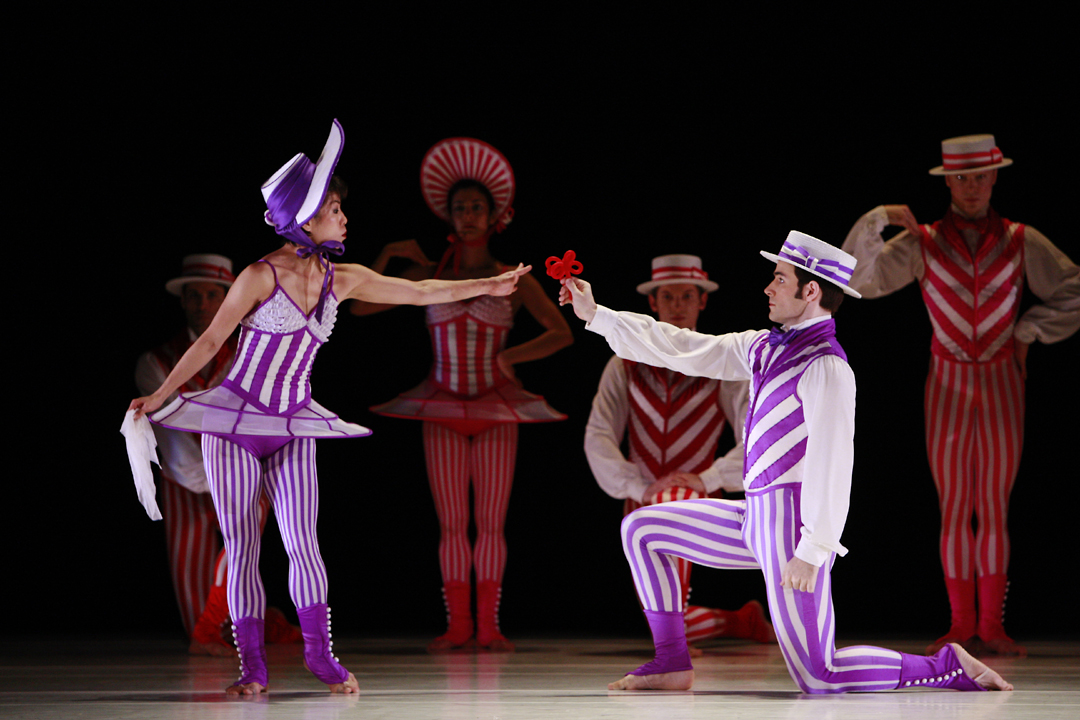 Notes: Taylor skewers romance in a comedy of manners that depicts lovers as glassy-eyed robotic naifs responding less to love than convention. Wind-up dolls play out comic courtships to the strains of classical chestnuts performed on 19th-Century music boxes and player pianos. Taylor’s usual flowing movement is replaced by restricted mechanical steps within cotillion formations and Victorian-era social dances, slightly askew. The main protagonist is a bumbling ninny who is unable to fetch his sweetheart’s dropped hanky without losing his hat, and the flower he proffers makes both of them sneeze. Their nuptial ceremony suggests that marriage is sometimes the province of automatons.

“A witty little existentialist allegory. Like all Mr. Taylor’s comic gems, it is a commentary on human foibles. Its world is inhabited by turn-of-the-century music-box figurines, surrogates for ourselves. When a doll-like dancer stiffly offers a posy to his sweetheart, she proves allergic: the human condition summed up in one big sneeze.” – Anna Kisselgoff, The New York Times

Lisa Viola and Robert Kleinendorst, photo by Paul B. Goode