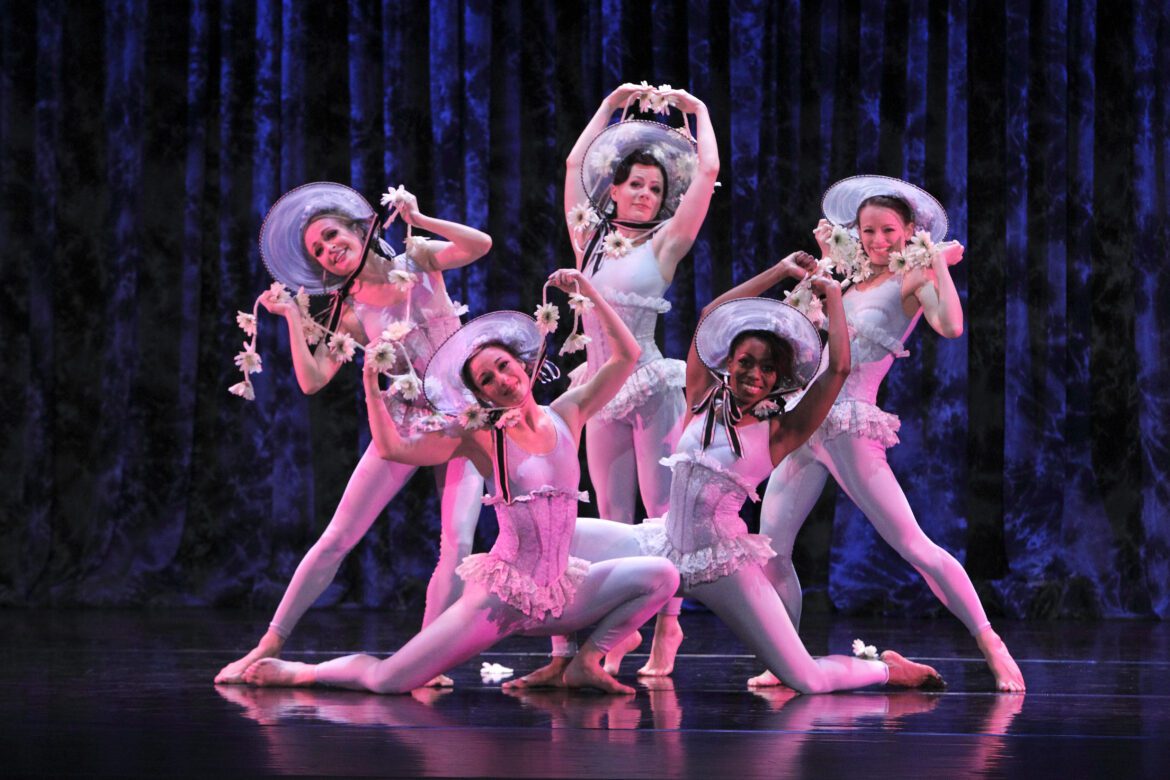 Notes: Ballet music by Donizetti propels a Vaudeville revue with acts ranging from an Apache dance and a tap-dancing horse (a true hoofer) to a striptease and flag-waving march. Among the performers are a toreador whose sissy bulls are frightened of her, a dying swan in her lengthy final throes, and a star-struck stagehand who takes a turn with his broom.“A madcap tribute to vaudeville [that] celebrates the sublime and the ridiculous aspects of the traveling theater families who brought entertainment to small-town America between the Civil War and the advent of radio […] It reminds us that vaudeville was a rare breath of the world of art and music for young people in dusty farming towns. The vaudeville performers of old, if perhaps technically flawed, were plucky and gave their all.” – Kristen Fountain, The Valley News