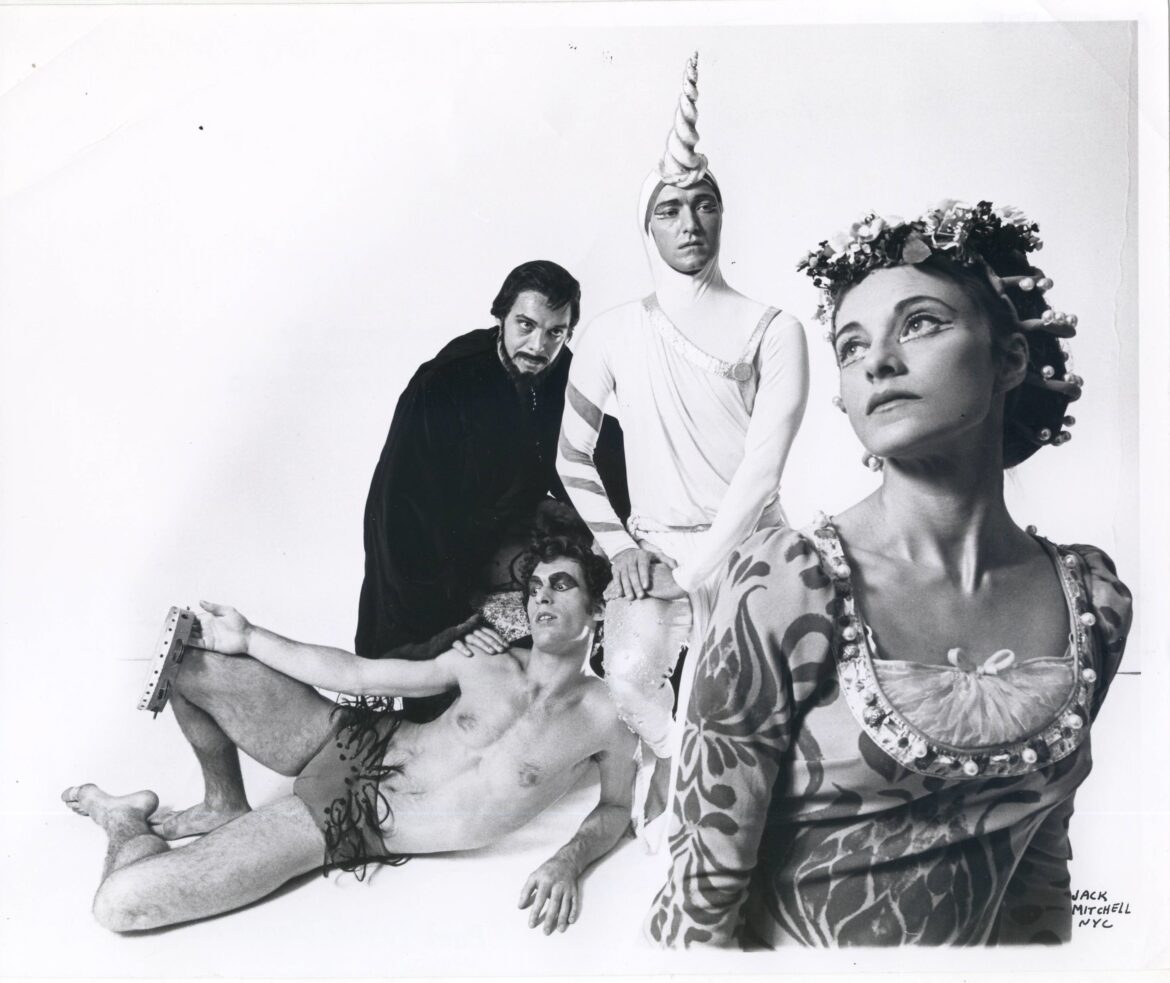 Notes: ” The new version, changed in most of its choreography and strengthened in its characteriza tion, is tongue‐in‐cheek from the start. It is irreverent toward sex and religion on its own terms. But it seems to work best – perhaps unintentionally – as a satire on Mr. Taylor’s own first version, poking fun at its original morality‐play inspiration.
– Anna Kisselgoff, The New York Times