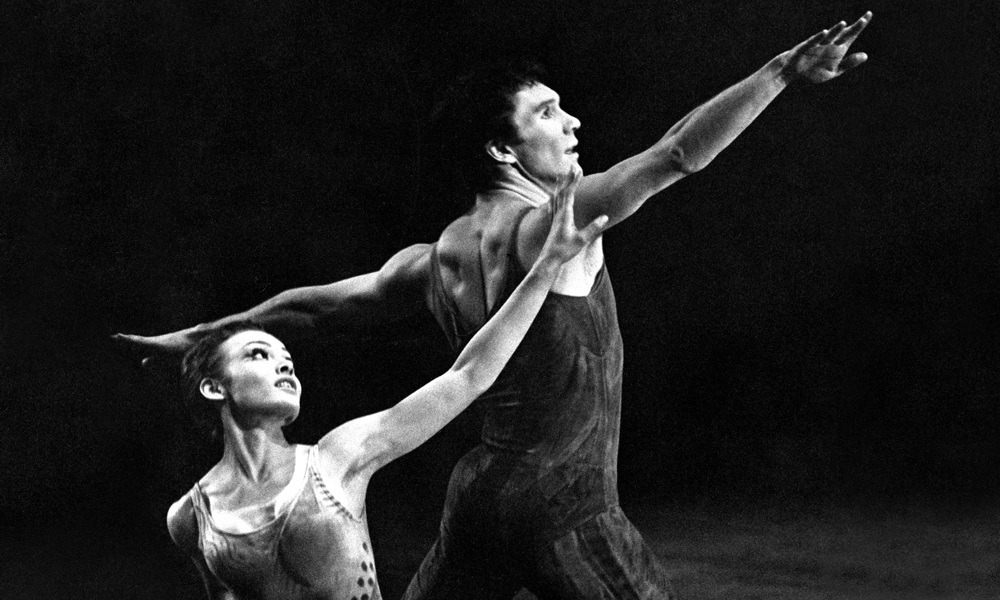 Notes: In a 1992 New York Times review by Jack Anderson, he wrote that DUET, “begins with the woman on the floor and the man bending over her; later, a comparable position is shown, this time with the man on the floor. When both performers are standing onstage, they twine about each other, as if their separate bodies hoped to unite. “Duet” is a dance of love, and in its carefully measured way, it avoids both coy sentimentality and unbridled passion.”